On the International Day of Peace, Development and Peace — Caritas Canada has co-signed a joint civil society statement that asks the Government of Canada to do more to protect the faltering peace process in Colombia. The statement expresses Canadian social justice groups’ concerns over the troubling resurgence of civil conflict in Colombia. 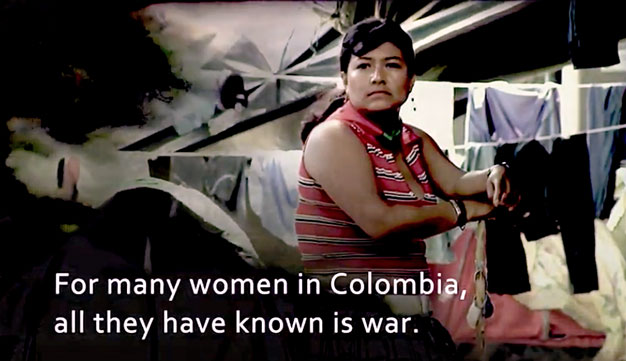 In 2016, Colombians’ hopes were raised when the Government of Colombia and the Armed Revolutionary Forces of Colombia (FARC) signed a historic peace accord, ending a 52-year-long brutal civil war. On the condition of the FARC disarming, the accord required the government to facilitate its political participation and to invest in rural development.

On August 29, 2019, however, a group of former FARC fighters declared their intention to return to arms. Their disillusion with the peace process has been widely attributed to the Colombian government’s abandonment of its parts of the peace deal and its failure to protect social leaders and demobilized fighters. Since the peace accord was signed, more than 150 former FARC fighters and over 700 human rights defenders have been killed. The government has also refused to implement promised land and agrarian reforms.

With violence and the social and economic corrosion it precipitates now threatening to make a comeback, Development and Peace and the signatories to the joint statement are urging the Canadian government to condemn the killings and to force the Colombian government to re-establish and respect the peace process.

Development and Peace supports peasant and Indigenous communities in Colombia that have been severely impacted by violent land-grabbing, forced displacement, kidnapping and massacres during the civil war. We reiterate our conviction that sustained peace cannot be attained without meaningfully involving conflict-affected communities, especially women. Our 2017 campaign, May Peace be with Her, had highlighted the role of women in preventing conflict and building just, sustainable and inclusive peace.

A poignant video produced during the campaign showcased a civic training school established by Development and Peace and its partner, National Agrarian Coordination in Colombia. The school trained and empowered a multiethnic group of women to fight for gender equity; take their just place in peacebuilding; and advocate effectively at the local, regional and national levels.

With Colombia teetering at the brink of a precipice of violence, little could be more relevant and resonant than the message of that video — peace is not possible without women.