On March 15, 2019, Cyclone Idai, one of the worst tropical cyclones on record in Africa, hit the coast of Mozambique. Barely had the stunned citizenry processed the scale of the disaster when they were struck by Cyclone Kenneth on April 25.

The cumulative devastation wrought by these cyclones has been overwhelming.

In addition to these direct impacts, the people had to cope with the destruction of crops and multiple outbreaks of cholera.

Supported by its international members and donors, the Caritas network mobilised a rapid, comprehensive emergency response. Working with local partners, Caritas has:

Future efforts will have to focus on reconstruction and resettlement. Economic recovery, too, will pose a substantial challenge. Additional efforts will have to be made to reach remote communities outside the main urban and semi-urban centres where relief efforts have been concentrated.

Development and Peace – Caritas Canada has committed to supporting this forthcoming second phase of the Caritas effort in Mozambique. The scale-up of relief efforts and the establishment of a broad-spectrum social and economic recovery program will entail significant expense. Your generosity has already saved thousands from destitution and disease. Now, we need your support to help the people of Mozambique regain lives of dignity and fulfilment.

Your gift can restore hope, dignity and productivity to the people of Mozambique.

Millions across Mozambique need your help to rebuild their homes and rekindle their livelihoods. 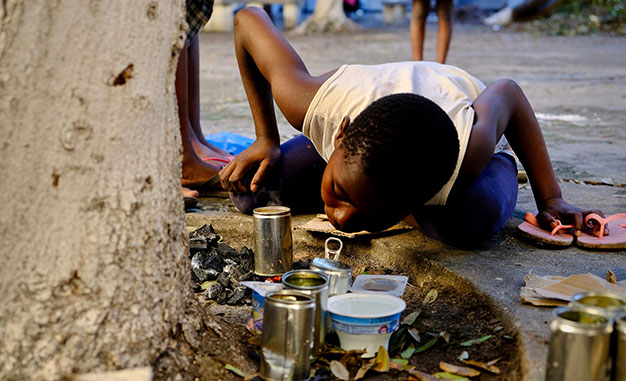