Development and Peace – Caritas Canada welcomes the appointment of Jacqueline O’Neill on Wednesday, June 12, as Canada’s first Ambassador for Women, Peace and Security. In this role, O’Neill will champion Canada’s women, peace and security commitments within the country and around the world.

The creation of this position was announced in September 2018 with the mandate of spearheading the implementation of Canada’s National Action Plan on Women, Peace and Security and seven United Nations Security Council resolutions that recognize both the vulnerability of women facing armed conflict and the importance of including them in peacebuilding processes.

O’Neill’s appointment is a victory for Development and Peace’s 2017-2018 campaign, May Peace Be With Her. That campaign shone a spotlight on the courageous women who struggle against violence to build a more peaceful world and asked the Canadian government to do more to support them.

During this successful campaign, Development and Peace members met 63 Members of Parliament to discuss how women represent the best hope for peace in the world. Prime Minister Trudeau was sent 70,000 messages that urgently called on the government to increase its support for women peacebuilders in fragile and conflict-affected states. Our campaign helped mobilize nationwide support for the ambitious National Action Plan on Women, Peace and Security and for the creation of O’Neill’s new post.

An ambassador for women, peace and security was first proposed as a parliamentary motion by The Honourable Borys Wrzesnewskyj, Member of Parliament for Etobicoke Centre. Development and Peace had issued a letter supporting the motion and participated in national civil society roundtable consultations on it.

“We are pleased to see the appointment of the Ambassador for Women, Peace and Security. This builds on Canada’s legacy as a peacemaker and the vibrant civil society movement on women, peace and security.”

Wright also offered O’Neill an insight based on Development and Peace’s long-time work with grassroots peacebuilding organizations in conflict regions: “To ensure that her role has the biggest possible impact, the Ambassador should adopt an approach that addresses the root causes of violence and conflict.”

Development and Peace – Caritas Canada congratulates its members, donors and staff and all elected officials who worked hard to support the brave women who are building peace in communities and countries around the world. We remain committed to supporting women at the grassroots level in their vital role of preventing conflict and sustaining peace to build a more just and peaceful world.

To learn more about how Development and Peace – Caritas Canada works for the full engagement of women in development and peacebuilding, read our thematic analysis, Women at Heart of Change 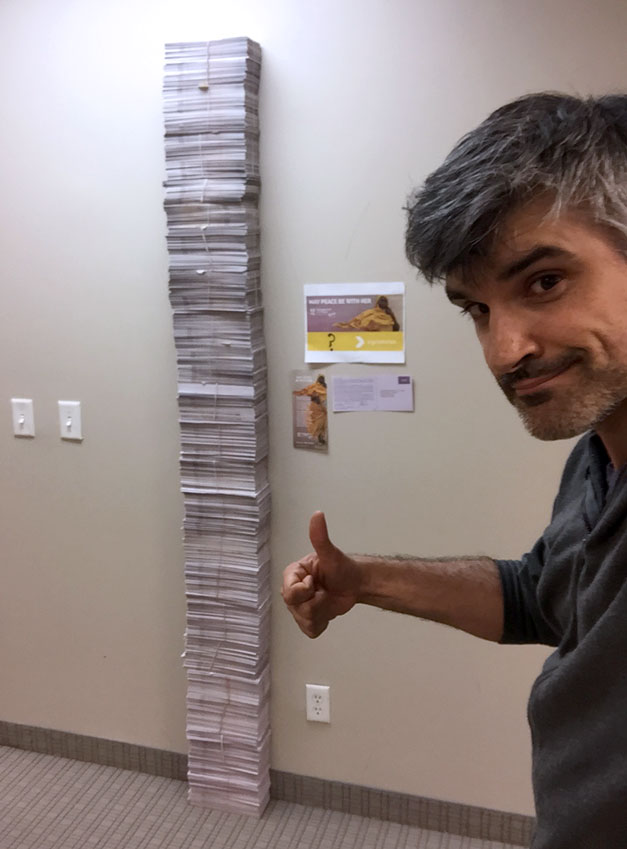 Deputy Director of Animation for Atlantic and Central Canada, Luke Stocking, delivering some of the 70,000 action cards that Development and Peace members mobilized across Canada to collect signatures on. The cards urged the Canadian government to better support women peacebuilders.