Since October 13, a caravan of Honduran migrants, and that includes over 7,000 children, women, and men, have been making their way towards the United States on foot in an attempt to escape their country, which is plagued by extreme gang violence and poverty.

Considered as one of the world’s most violent countries, Honduras has a population of 9.1 million people and a poverty rate of 64.3%. In rural areas, approximately one out of five inhabitants lives in a situation of extreme poverty, i.e. on less than two dollars per day. In addition, the country is facing a political crisis that goes back to a coup d’état in 2009 when elected president Manuel Zelaya of the Liberal Party was ousted. The most recent elections in November 2017 declared Juan Orlando Hernandez of the rightist National Party as the winner, but this vote was deemed highly fraudulent by international organizations who called for new elections.  Nonetheless, the US recognized the new government and was followed by Canada.

Civil society organizations, including our partner Fundación Eric/Radio Progreso, stand in solidarity with the victims of forced migration and call for an end to the current regime and a swift return to constitutional order. During the caravan of solidarity organized on October 26, 2018, where people from across Honduras walked toward the country’s capital, Tegucigalpa, Father Ismaël Moreno, known as ‘Padre Melo,’ who is the Director of Fundación ERIC/Radio Progreso, stated that the government is chasing people out of their country:

It is in Tegucigalpa, where dreadful decisions are made, decisions that threaten people’s lives. A vast majority of Honduran society is composed of immigrants who bear the consequences of selfish decisions made in the Republic’s capital, in the National Congress, and in the corridors of the presidential palace. We are expressing our rejection of these decisions and we state in particular that we do not recognize the legality or the legitimacy of the current Honduran regime. We are saying to the central government that we not only oppose the decisions it takes, which cause the exclusion of the population and force it to flee to the United States, but also that we do not accept these decision-makers and that we don’t want them at the helm of the Honduran State.

On October 20, the Episcopal Conference of Honduras also issued a statement regarding recent events in the country:

“It is a shocking reality, caused by the current situation in our country, that a multitude are forced to leave what little they have, and to venture without any certainty, for the migration route to the United States. They leave with the desire to reach the promised land, the ‘American dream,’ which they feel will allow them and their families to solve their economic problems, improve their living conditions, and, in many cases, gain the physical security they have so long gone without.”

The Church of Pilgrims of Honduras recognizes every person’s right to a life of dignity and to personal, family, and community development. “It is the duty of the Honduran State to provide its citizens with the means to satisfy their basic needs, such as decent, stable and well-paid work, health, education and housing, and when these conditions do not exist, people are forced to live in tragedy.” 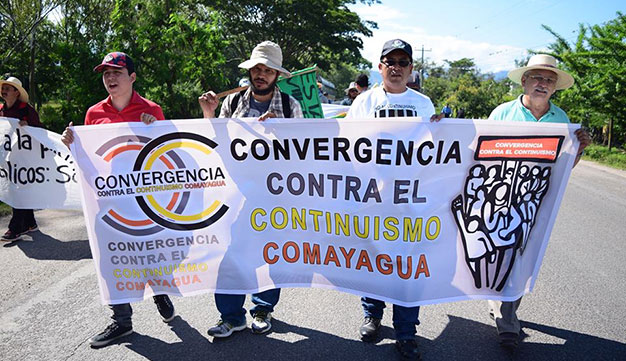 According to the statement, migration is only one aspect of this explosive situation, and poverty, inequality, and lack of opportunity are the remaining components.

The Bishops note that more developed countries, first and foremost the United States, must stop contributing to xenophobia and condemning migrants as if they were criminals and a social evil. They must review their immigration policies and adopt the humanist vision that Pope Francis expressed in his 2018 message on migration, to “welcome, protect, promote and integrate migrants.”

Development and Peace’s program in Honduras addresses the root causes that drive people to migrate, including poverty, exclusion and violence. The program is centered on the access and local management of natural resources and supports affected communities in their efforts to defend their land and their rights. It supports local organizations working on human and environmental rights, many of which face an increasing level of insecurity and threats to the lives of their members for opposing large-scale corporate development projects. In recent years, several people involved with Development and Peace’s partners in Honduras have been victims of attacks, which at times have even been lethal.  In the last two years, for example, four young people who participated in a leadership training program organized by the Fundación ERIC and funded by Development and Peace, were murdered. 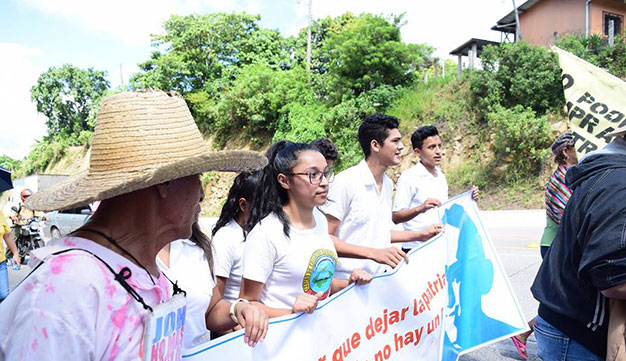 This fall, Development and Peace launched its fall action campaign Share the Journey in solidarity with 68.5 million children, women, and men who have been forced to flee their homes and calls on Canadians to walk in solidarity with the victims of forced migration and on the Canadian government to do more to address the root causes of migration, such as those seen in Honduras.