On July 11, 2019, Development and Peace — Caritas Canada, along with 13 civil society and labour union partners, resigned from the Multi-stakeholder Advisory Body on Responsible Business Conduct. The body was created in January 2018 to advise the federal government on “laws, policies and practices addressing business and human rights and responsible business conduct for Canadian companies operating abroad” and on “the mandate of the Canadian Ombudsperson for Responsible Enterprise.”

The creation of the ombudsperson’s office had been hailed as a step forward in ensuring corporate accountability. Civil society representatives on the advisory body were led to believe that the ombudsperson would have meaningful powers to investigate Canadian companies’ overseas business practices; to prevent them from abusing human rights and the environment abroad; and to facilitate access to justice for the victims of such abuses.

Their hopes of helping create an influential public watchdog were dashed in April 2019, when the government appointed, instead of a powerful ombudsperson, a largely toothless special advisor to the Minister of International Trade Diversification with few investigatory powers.

This retreat was another of the years-long delays in the creation of the ombudsperson. In April, The Hon. Jim Carr, Minister of International Trade Diversification, had said that a legal review of the ombudsperson’s investigatory powers would be done in four to five weeks and that its report would be made public. Despite continued pressure from civil society, there is no report in sight three months later, and the ombudsperson remains effectively powerless.

Development and Peace and its partners have lost faith in the government’s intent to suitably empower the before the coming elections. Feeling unheeded and unable to function according to their agreed terms of reference, all 14 civil society and labour union members of the advisory body tendered their resignations last Thursday.

Advocacy and Research Program Officer, Elana Wright, who represented Development and Peace on the advisory body, said, “The government created high expectations for communities around the world that are affected by Canadian mining companies. But they have let us down by defanging the ombudsperson’s office. We are frustrated and feel that we wasted our time for the last few years.” She voiced her ire on the CBC’s Homerun radio show on Monday, July 15.

It should be noted that even with this setback, there is a way for the government to restore its credibility and signal that it is serious about holding Canadian corporations to account. It can grant investigatory powers to the ombudsperson via the Inquiries Act, as a bridge towards legislation by the next government. Development and Peace joins its partners in exhorting the Government of Canada to follow this route to keeping its promises on corporate accountability. 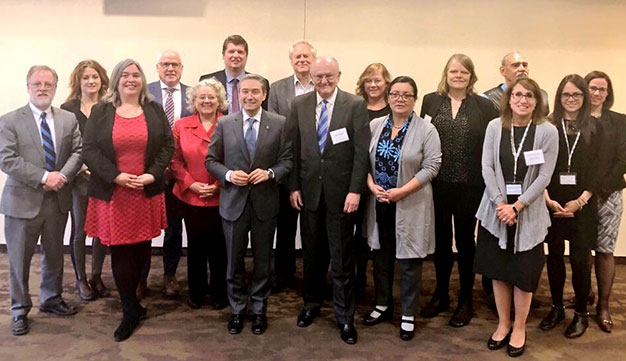 The members who resigned en masse from the Multi-stakeholder Advisory Body on Responsible Business Conduct are: