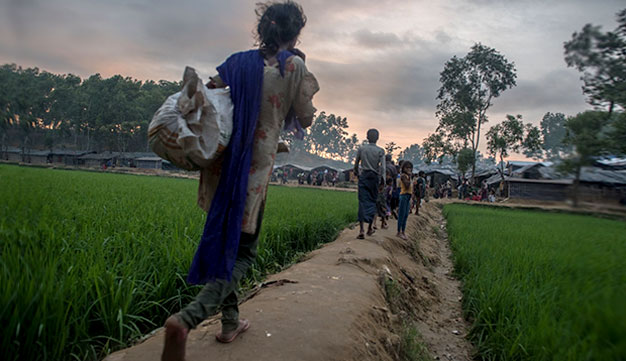 Development and Peace — Caritas Canada has joined over 170 Canadian civil society organizations in signing an open letter addressed to all federal party leaders.

The letter, published by the Canadian Council for Refugees, echoes the themes of our Share the Journey campaign of solidarity with forced migrants. It welcomes “thoughtful discussion” on immigration, but cautions “that refugees and migrants are easily victimized in political debates.” It calls on the party leaders to ensure that their discourse around immigration during the ongoing electoral campaign respects the dignity of immigrants and refugees and acknowledges their contributions to Canada.

The need for such a call was felt because it has become apparent that the electorate harbours several misconceptions about immigration which some are willing to play on for political gains.

A recent Angus Reid poll found that 56 per cent of Canadians think the government’s handling of border issues, particularly asylum seekers, has been too soft. More revealingly, nearly two-thirds of respondents thought most new immigrants to Canada came from the Middle East and North Africa. They wrongly believed that region to be the source of twice as many immigrants as come from the actual top source region of Canadian immigration — South and Southeast Asia.

Political opportunists have done little to dispel such misconceptions, campaigning instead on alarmism and fearmongering about immigration. Several leaders and candidates have spoken in terms of retreating from international obligations, of privileging economic migrants over refugees and, in disturbing echoes of dark discourses not far from our borders, of putting Canada first.

Development and Peace condemns any framing of refugees and immigrants as undesirables and reiterates its commitment to and solidarity with those who are forced to flee their homes. We reiterate the need for Canada’s next government to increase (instead of cutting, as some parties have threatened to do) funding to support migrants and refugees in Canada and for overseas programs that address the root causes of forced migration.

Canadians are respected the world over because we are willing to Share the Journey of the world’s poorest, most imperilled people. We trust that no election campaign can change that.