As an organization working for social justice and peace for the last 50 years, Development and Peace-Caritas Canada denounces the Executive Order from President Donald Trump, which suspends the US refugee resettlement program for 120 days, and which bans travel and immigration of citizens from seven Muslim-majority countries for 90 days. 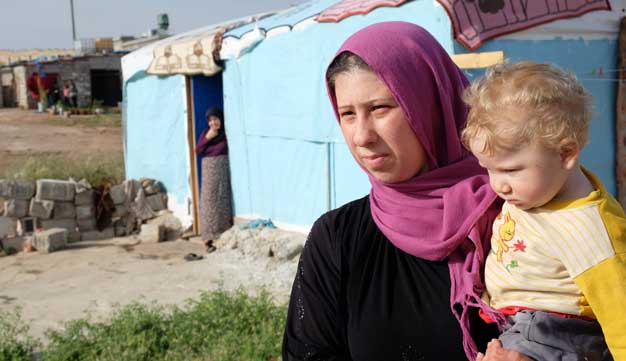 “We join the many Catholic voices from Canada, the United States and around the world who are calling for action to protect the lives of vulnerable people fleeing persecution, violence, and armed conflict,” states Josianne Gauthier, Director of In-Canada Programs at Development and Peace. “Discrimination based on religion, race or nationality has no place in democratic societies,” she continues.

As the United States closes its doors to all refugees, Development and Peace urges the Canadian government to continue welcoming refugees who are fleeing violence and armed conflict, and to take emergency measures to respond to the crisis that this decision by the United States administration is causing for refugees. Currently, the world is facing a global refugee crisis, with more than 21 million refugees around the world seeking a safe country to call home.

Last year, during the US presidential campaign, Pope Francis said, “It’s hypocrisy to call yourself a Christian and chase away a refugee or someone seeking help, someone who is hungry or thirsty, toss out someone who is in need of my help.”

Development and Peace is a movement for international solidarity supporting partners around the world through humanitarian and long-term development projects that ease suffering and promote human dignity. In the Middle East, we work in Syria, Lebanon, Jordan, Iraq, the Palestinian Territories, and Turkey. We will continue to defend the rights of the poorest and most vulnerable people of all faiths.
Development and Peace works to fulfill the words of Pope Francis who said, “there must be no family without a home, no refugee without a welcome, no person without dignity.”