In 2013, the launch of the Voice for Justice campaign was an important step in the mobilization of Canadians for mining justice in Canada. Development and Peace – Caritas Canada gathered signatures from over 80,000 people in support of an independent human rights ombudsperson for Canada’s international extractive sector. In 2015, the Liberal government made a campaign promise to finally create this much-needed office. Canadians, as well as communities in the Global South who are affected by the activities of Canadian mining companies are still waiting, but we are on the cusp of a major breakthrough! 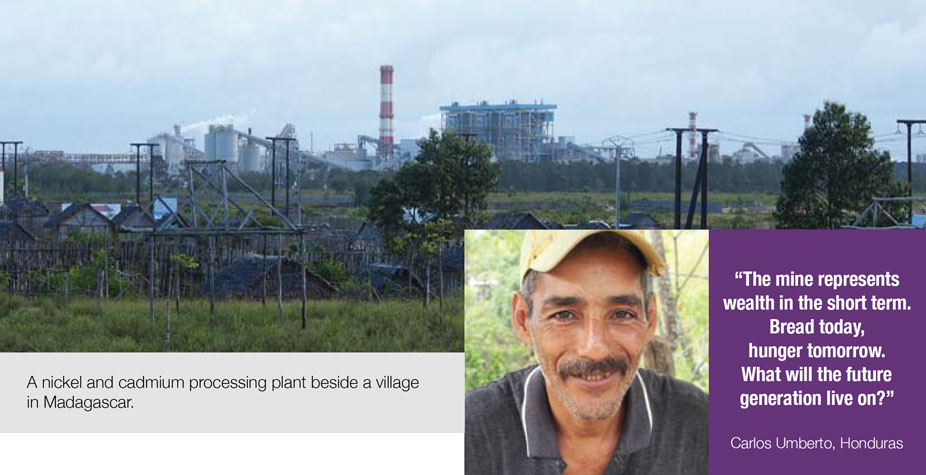 Development and Peace – Caritas Canada gathered signatures from over 80,000 people in support of an independent human rights ombudsperson for Canada’s international extractive sector.

On November 2nd, the Canadian Network for Corporate Accountability (CNCA) provided the Canadian government with a blueprint for how to create an effective human rights ombudsperson for the extractive sector. Development and Peace is a member of the CNCA, which is a coalition that brings together faith, labour, and civil society organizations.

Human rights abuses at Canadian mining and oil and gas sites around the world are widespread and well documented, as demonstrated in the report called “The Canada Brand” published last month. Victims of abuse in local communities have almost nowhere to turn to seek justice, including in Canada. This new model law will help the Canadian government fulfill its promise to remedy human rights abuses and prevent future harm, as well as help create a more predictable and stable operating environment where the responsible business practices of Canadian companies are recognized and rewarded.

We need your help to keep up the pressure by showing there is widespread public support for an ombudsperson. Write a letter or send an email to International Trade Minister Chrystia Freeland, who is considering changes to the government’s approach to corporate social responsibility and the extractive sector.

Write, email, tweet or call Minister Freeland to ask her to create an Ombudsperson’s office and use the new draft legislation as her blueprint:

You are also invited to contact your own Member of Parliament to call for access to justice for communities affected by the operations of Canadian mining companies.
With your support, we can make this the year Canada finally has a Voice for Justice!