Earthquake in Haiti – Looking back on 5 years of action 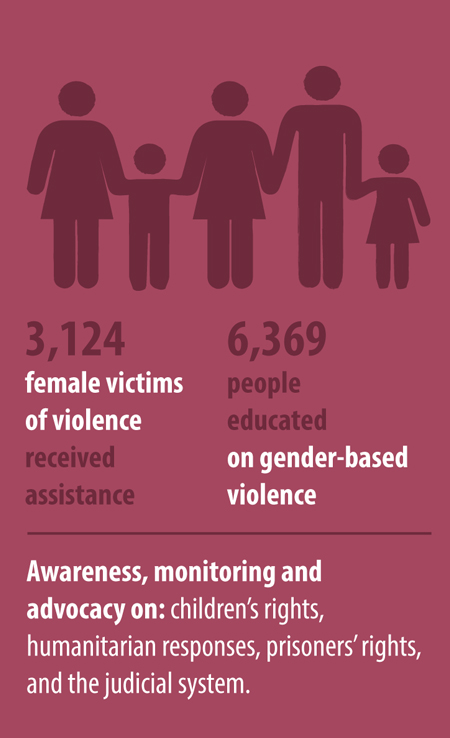 The protection of human rights has always been a central concern of Development and Peace. In the post-earthquake context, in which thousands of people were left homeless, the importance of defending human rights was felt more strongly than ever.

“After the earthquake, we witnessed systematic violations of the right to human dignity. Haitians were considered as victims, disaster victims, but it was totally forgotten that first and foremost they are human beings with dignity, who deserve to be respected,” says Alizar Vilès, program coordinator at the Réseau national de défense des droits humains (RNDDH).

Development and Peace supports a number of human rights organizations that are working to prevent human rights abuses, support victims of violence, train professionals to support victims, defend the rights of homeless people facing forced evictions, promote vigilance with regards to arbitrary choices made within the reconstruction process, and advocate for reforms of the judicial system and state practices.

Supported by Development and Peace, the Réseau national de défense des droits humains (RNDDH) has monitored humanitarian assistance provided by agencies following the earthquake. Due to the organization’s efforts, it has been possible to report and document cases of human rights violations and intervene to restore respect for the rights of victims.

“In the response of humanitarian agencies, the distribution of goods is often poorly organized.  For example, people sometimes had to wait in line for hours to receive what humanitarian agencies were distributing. There are other situations in which agencies simply gave out whatever they had to offer, without finding out what people really needed. They had something to give, so they just gave it,” recounts Alizar.

A victory was achieved in May 2014, when the Responsible Parenthood Act was published in the official journal of the Haitian government, after a long campaign led by groups such as RNDDH. This law guarantees equal rights for legitimate and illegitimate children, and requires fathers to recognize their children born out of wedlock, for example, as a result of adultery or incest.

“These two categories of children were the most marginalized in society because they could not affiliate themselves with their father. Now all children have the same rights, and women can demand that a father recognize his child,” states Rosy Auguste, RNDDH assistant program coordinator.