The Intergovernmental Panel on Climate Change has released a special report that warns that urgent action is required to keep the global temperature rise below 1.5°C and avert devastating impacts for the planet and its people. The leaders of the 18 Catholic development agencies that form CIDSE, including Development and Peace, and the Secretary General of CIDSE, have released a joint statement that calls for a complete paradigm shift.

We, leaders of Catholic development agencies working together in more than 120 countries to promote social justice, react to the release of the latest Special Report on Global Warming of 1.5°C from the Intergovernmental Panel on Climate Change (IPCC) by sending an urgent call for climate action.

The next United Nations Climate Change conference (COP 24, Katowice, Poland, December 2018) must be a milestone in the implementation of the Paris Agreement signed three years ago. Furthermore, governments, as the IPCC report also says, must imperatively and swiftly raise ambition: the reality is that we are on a warming pathway of 3.5°C or more, pointing that there is a huge gap with the 1.5°C objective.

Limiting global warming to 1.5°C is a matter of survival for all and it is feasible through bold political actions: the barriers to fighting climate change are political! Now more than ever we need leaders to acknowledge and take actions to curb our current emissions trajectory. It is a moral imperative reminding us firstly of the dramatic risks for people and the planet, which are already experienced by the most vulnerable. Our current emissions have impacts, such as the loss of biodiversity, the forced displacement of millions of people, the loss of yields threatening to food safety, rising sea levels, and ocean warming that threatens marine life with direct consequences of fisheries. 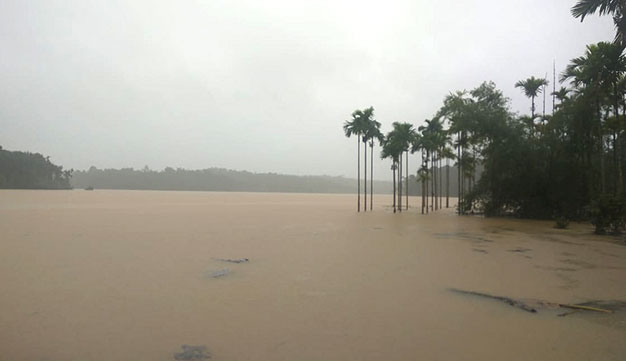 We are calling for a complete paradigm shift: climate change cannot be tackled in isolation.

CIDSE’s recent report The Climate Urgency: Setting Sail for a New Paradigm, explores how a deep and rapid shift in our food and energy systems, supported by structural lifestyle and societal changes, could greatly contribute to limiting the rise in average global temperatures to 1.5°C. This could be done without relying on risky and unproven Negative Emissions Technologies or geoengineering. According to the IPCC report only a small number of pathways to 1.5°C that don’t involve carbon removal exists.

We must phase out fossil fuels and switch towards renewable energy systems. Finance flows should shift towards such viable alternatives. Current levels of energy consumption must be reconsidered to respect planetary boundaries and the understanding that we are living on a finite planet. We should shift to organic agriculture, redesign agroecosystems to diversify and integrate them, change diets, and reduce meat and dairy production and consumption, re-localizing food systems to reduce food loss and waste and build food sovereignty.

Inspired by our partners on the ground we recognize the need to question the current framing of development and progress, which have led to the destruction of our planet. An economy beyond growth that would cease to deplete the earth’s natural assets can address the multiple environmental, social, economic, and political crises. Wealthier countries should switch from a growth imperative to degrowth, building flourishing communities based on the principles of sufficiency. Our vision is one of a good life for everyone, which only works if we share. Our common responsibility is to preserve creation so that the generations to come may live in peace and harmony with nature.

“[…] the time has come to accept decreased growth in some parts of the world, in order to provide resources for other places to experience healthy growth.” said Pope Francis in his strong call for ecological and social justice Laudato Si’ which has opened the way for a systemic approach to climate change.

The Climate Urgency: Setting Sail for a New Paradigm

Climate action for the common good