Throughout the last year, Development and Peace’s Sow Much Love campaign was led in parishes, schools, neighbourhoods, and farmers’ markets across the country, to bring attention to the vital role that small family farmers play as stewards of the world’s seeds, and in fighting hunger in the Global South.

Almost 30,000 people showed their support for small family farmers, by signing the Development and Peace petition asking the federal government to respect the right of small family farmers’ to preserve, exchange and use seeds, and by promoting food sovereignty here at home by buying local and/or organic when possible.

Development and Peace members brought this issue to their elected officials by meeting with their Members of Parliament in 22 ridings across the country to discuss with them the essential role small family farmers play in preserving the planet’s biodiversity.

During the Caritas Internationalis Global Week of Action for the “One Human Family, Food for All” campaign, Development and Peace raised its voice with other Caritas organizations around the world to fight the injustice that causes global hunger. 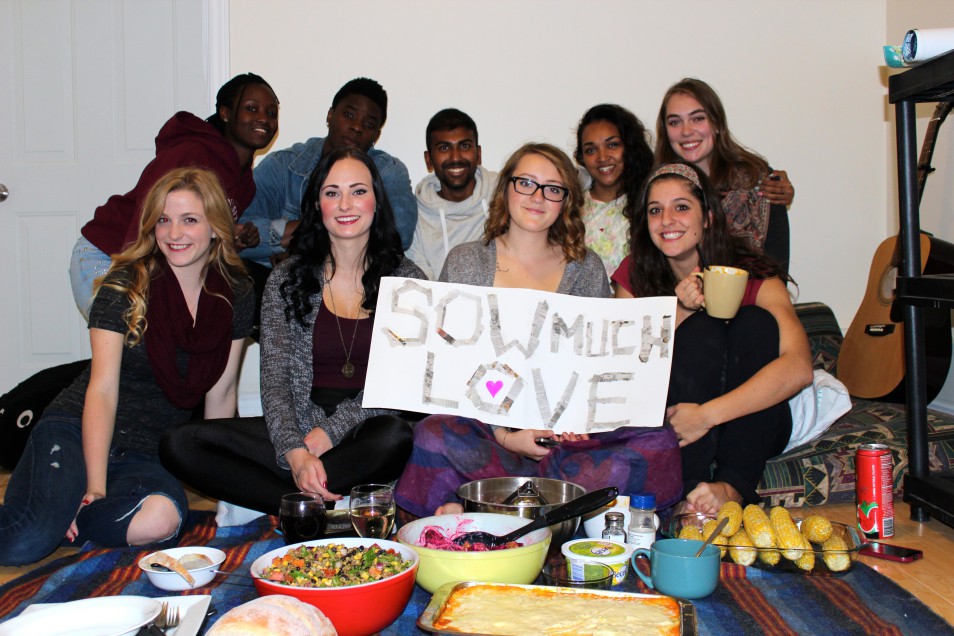 The winning photo from the “Show Your Thanks” photo contest by Kira Paisley, Thanksgiving 2014

As Thanksgiving Day fell during the Global Week of Action, Development and Peace invited Canadians to make their Thanksgiving dinner with as many local and organic ingredients as possible, which sent a strong message to our food producers and those who control food policies that we appreciate and support locally-produced, sustainably-grown food. Canadians were asked to take a photo of their meal and submit it to the Show Your Thanks contest, which resulted in a wonderful collection of photos of Canadian families, big and small, celebrating the bountiful local harvest.

Development and Peace brought the campaign to a national audience of farmers and food security advocates at the Food Secure Canada conference in Halifax in November 2014, where we co-sponsored the keynote address by feminist seed advocate and scientist Dr. Vandana Shiva, who shared her vision of the dignity and love of small family farmers who feed their communities and preserve seed biodiversity.

More recently, at Caritas Day at the Milan Expo in Italy on May 19, 2015, Elana Wright represented Caritas North America on a panel which profiled examples from “One Human Family, Food for All” campaign from the world’s five continents. Our Sow Much Love campaign activities were presented to representatives from 160 Caritas organizations from around the world at the World Expo, whose theme is “Feeding the Planet, Energy for Life.” 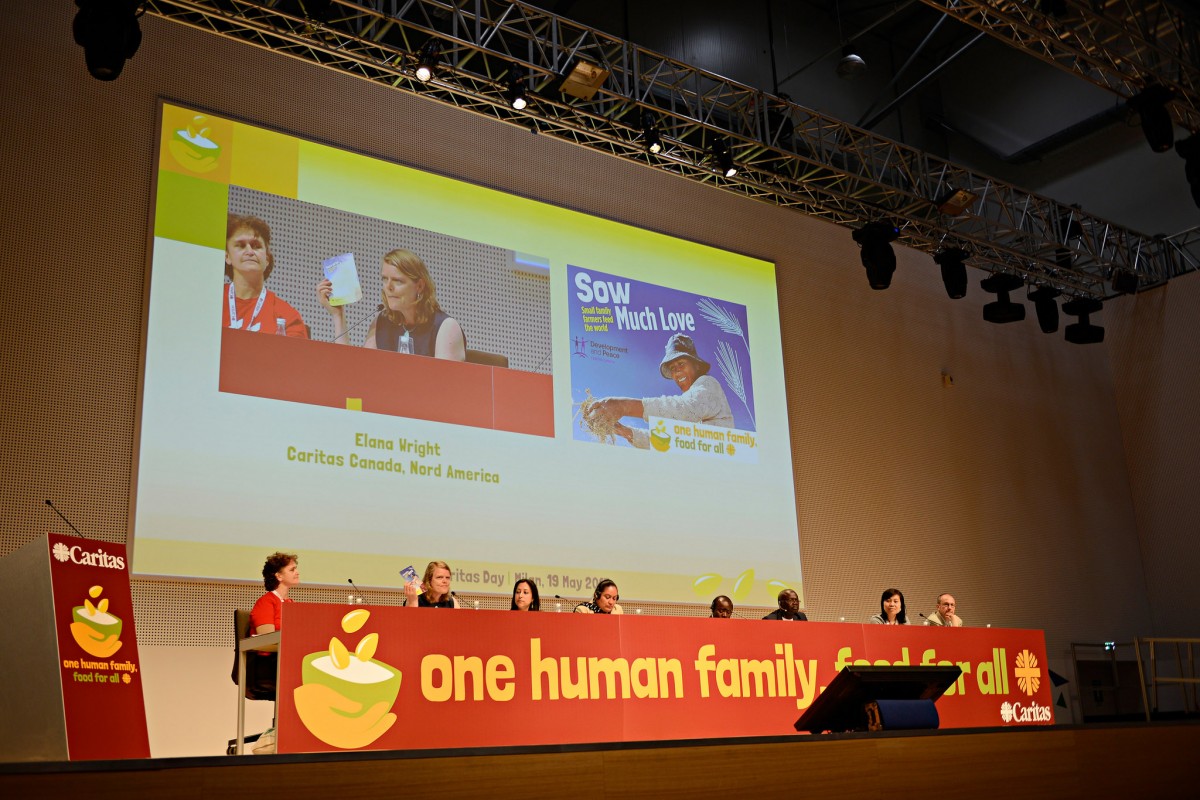 Through education, dialogue, activities, and activism, the Sow Much Love campaign showed that we can all come together to build a more just world where the rights of small family farmers are respected, and where there is food security for all today and for future generations.