It has already been three years since Super Typhoon Haiyan (known locally as Yolanda) ripped through the Visayas in the Philippines, yet reports show that only 1% of houses promised by the government have been built. In addition, the government’s reconstruction plans, despite its motto of building back better, have not always taken into account the needs of those most impacted, choosing relocation sites that are far from where people make their livelihoods and not providing basic services. 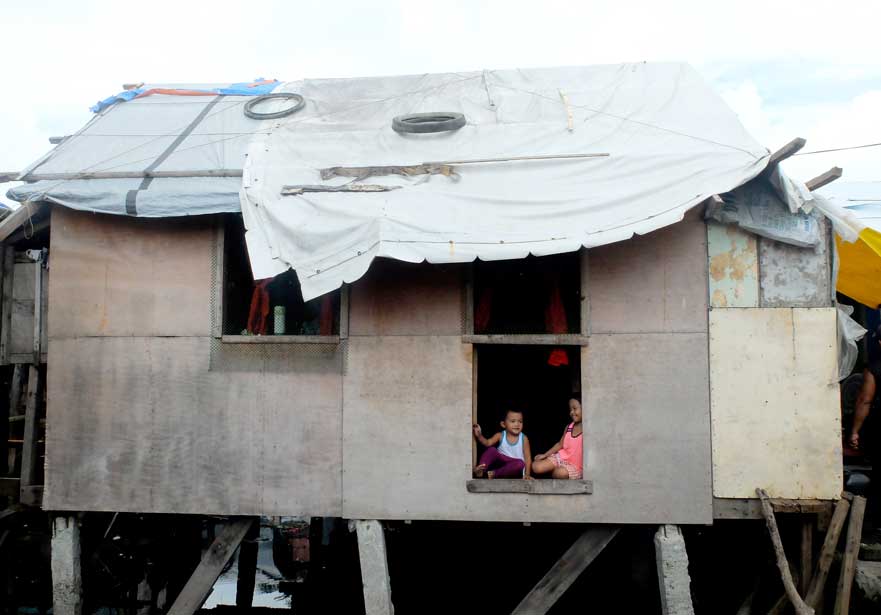 Development and Peace partners are calling on the Filipino government to include communities in the Typhoon Haiyan reconstruction process.

For Development and Peace, building back better also means ensuring that the local government does its part. As part of its reconstruction program, it has helped to form the Community of Yolanda Survivors and Partners (CYSP), an alliance of 163 community organizations of survivors and nine local organizations that are partners of Development and Peace.

The group is advocating for the participation of impacted communities in the reconstruction process, transparency and accountability of funds spent, and that best practices be put in place to build resilience of communities in the face of future climate change disasters.

Since the typhoon, Development and Peace has organized several conferences and forums, and supported research that puts forward the concerns of communities and brings together success stories as examples to follow in building back better. And the government is listening!

The CYSP was recently invited to a pre-summit organized by the government where the group had the opportunity to give voice to affected communities and present recommendations, which were the following:

“The [government relocation] sites are far from workplaces and the water, electricity and other social services are non-existent. The government should also look into the quality of new shelters as they are substandard. People are therefore resistant to relocate because they feel they will be in a worse situation in the new sites. We are being asked to move from a danger zone to a death zone,” said Jolito Chavez, a community representative, who spoke on the inadequacies of government plans at a CYSP press conference.

Development and Peace hopes that its Pope Francis Village, a resettlement site for poor coastal families – where those moving are the ones leading the development process – can serve as an example that near-city relocation with full community participation is possible.

In fact, the Vice-President of the Philippines, Leni Robredo, recently visited the Pope Francis Village, and members of the Cabinet of the President attended a forum organized in collaboration with the CYSP entitled Learning Lessons, Celebrating Gains and Deepening Community Resilience to mark the third anniversary of the Typhoon Haiyan. The forum brought together typhoon survivors, government officials and representatives from the United Nations and other international development organizations to discuss solutions to ongoing obstacles in the reconstruction process and to share lessons learned. Members of the CYSP will have an eventual audience with the President to pursue discussions on how to move forward with their recommendations. 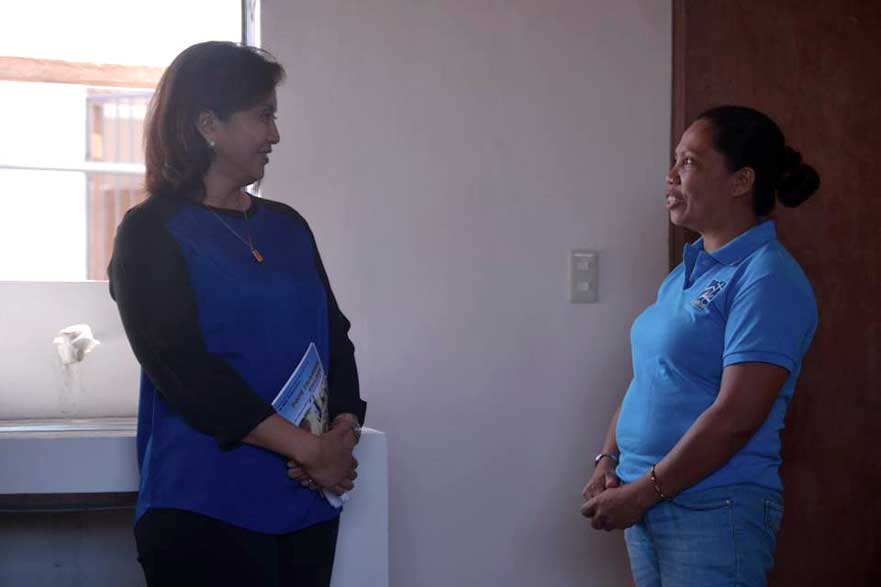 The Vice-President of the Philippines recently visited the Pope Francis Village, which is part of Development and Peace’s Typhoon Haiyan reconstruction program.

With the Philippines being one of the countries in the world most vulnerable to climate change, typhoons of increasing strength and frequency are becoming part of the new normal for the country. If those on the frontlines of these disasters, which tend to be the poorest and most vulnerable, are to survive and recover from future calamities, then it is imperative that their experiences and voices are heard.
The CYSP with the support of Development and Peace are making this happen and in the process making sure that communities truly do build back better.