On Wednesday, January 17, Development and Peace – Caritas Canada welcomed the announcement by the Canadian government to create a human rights ombudsperson that will oversee Canadian mining, oil and gas operations around the world after ten years of campaigning on this issue. The Minister of International Trade Francois-Philippe Champagne announced that the ombudsperson will have the power to investigate complaints concerning the overseas operations of Canadian companies and will issue public findings on allegations of harm. The office will also make recommendations for redress; regarding corporate eligibility for government services; and with respect to policy and law reform.

The Minister also announced the creation of a Multi-Stakeholder Advisory board for Responsible Enterprise which will advise the government on business and human rights. Development and Peace will be one of the civil society representatives on this board, and so will be able to monitor the creation of the ombudsperson and make recommendations to government in regards to the conduct of Canadian companies abroad and its impact on communities.

Here are some reactions from human rights defenders around the world who have been calling for access to justice for communities affected by Canadian mining:

“Mining and other extractive industries gradually corrupt our generation with the culture of waste, reliably damaging the environment and its people. Eventually, such culture tolerates violation of basic human rights, forever impairing human dignity. The Philippine archipelago is both a vivid picture and a living witness to mining’s painfully catastrophic effects.

Thus the action now of the Canadian government, in particular of the Minister of International Trade, to create an independent ombudsperson to investigate complaints and monitor overseas mining operations, is a welcome initiative. However, though optimistic, we remain to be vigilant to ensure that outcomes will have no government and business influence, and enforcement will be carried out in full.

As a church, we reiterate one of the principles in Laudato Si: if we consider and act on balanced utilization of resources and stewardship of creation, we do no harm to our earth.”

“The Canadian government’s creation of the office of the ombudsperson for the extractives sector is a welcome development. This will surely open up new spaces for engagement in seeking accountability and justice for the thousands of farmers, indigenous peoples, women and children who have been victims of forced displacement, rights abuses and impacts of environmental destruction brought about by Canadian mining companies operating here in the Philippines.

Canadian mining companies have a long history of human rights abuses and environmental destruction in the country. One prominent case is the Marcopper Mining Disaster (1996) in Marinduque Island that has polluted kilometers of rivers and coastal waters impacting livelihoods of farmers and fisherfolks that are dependent on local ecosystems in the area. Due to strong demand by people’s movements, the Canadian-owned Placer Dome was closed down but was purchased by another Canadian company Barrick Gold, the largest gold mining company in the world. Affected communities are still seeking accountability up to this day.

Today, there are 10 listed Canadian mining companies operating in the Philippines. Every community affected by mining operations have common struggles of human rights abuses and environmental injustices. It is a long-awaited opportunity for these communities to bring these issues to the office of the ombudsperson for redress. We only hope that the ombudsperson will listen and heed the pleas of the Filipino people.

“From Honduras, we value positively the step taken by the Canadian government with the appointment of an Ombudsperson to deal with complaints filed by communities affected by Canadian mining companies which operate around the world. The CSR counselor for extractive industries, who proved ineffective and insufficient because of limited powers, was created within a voluntary vision of Corporate Social Responsibility and not based on the state obligation to defend and protect human rights, which are universal.

For more than a decade, several Canadian and Latin American organizations have raised the urgency and need for the Government of Canada to take more consistent actions to ensure that its mining companies are obliged to respect international standards of human rights in their operations and practices. These demands included the creation of an Ombudsperson that has sufficient power so that when Canadian mining companies are involved in human rights violations, victims can access effective mechanisms to present their complaints to a mechanism that has the capacity to investigate and to present the cases before the corresponding courts and tribunals to hold the company responsible and to provide access to justice for the victims. We hope that these demands and proposals have been considered and incorporated into the mandate of the Ombudsperson that has been appointed by the current government of Prime Minister Justin Trudeau. If the ombudsperson does not have enough power to ensure access to justice for victims of human rights violations caused by mining, Canada would be sending a negative message worldwide in its commitment to respect human rights.”

“The Chruches and Mining Network welcomes the news of the creation of an Ombudsperson on mining in Canada. For some time now we have been denouncing, together with the affected communities, many violations occurring in Latin America by foreign mining corporations. If these complaints are responded to effectively in the countries where there are violations, it is even more difficult to achieve respect for human rights by companies from other countries.

We are very hopeful that the figure of an Ombudsperson in Canada will be sufficiently empowered to bring changes to Canadian companies thanks to effective state oversight.

Justiça nos Trilhos is a network of communities affected by operations of the Brazilian mining company Vale, in northern Brazil. For these communities, which suffer various violations from mining, the role of the state is essential to oversee mining operations and guarantee respect for human rights, which are above economic interests. For that reason, Justiça nos Trilhos and the Network of those Affected by Vale fight for Vale to respect human rights in all the countries of the world where it operates, and our country also feels responsible for the violations that still exist.

We welcome the news of the creation by the Government of Canada of an ombudsperson for mining: we need policies which regulate corporate behaviour and which guarantee the essential principle of the respect for human rights.

We recall that the state financing agency of Canada (Export Development Canada) consistently financed Vale’s operations in our territories in northern Brazil (CAN $1 billion in 2010 and CAN $775 million in 2014). We hope that the ombudsperson can also investigate these investments and the damages they caused.” 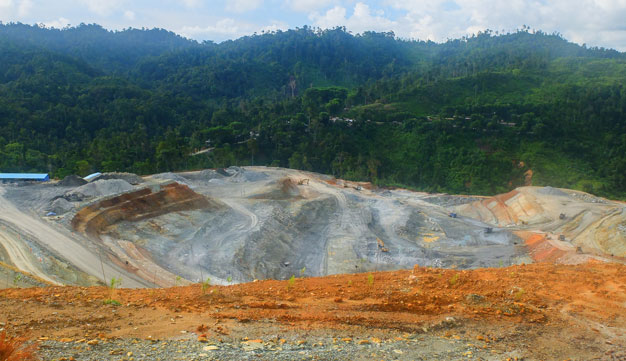