Across the country, Canadians are opening their doors and their hearts to welcome 25,000 Syrians who have fled the atrocities of war in their country. However, this big number represents just a small amount of the people affected by this war.

What Syrian women, men, and children have endured since 2011 is truly shocking. Civilians are the targets of the conflict, suffering through falling bombs, sexual violence, disappearances, forced displacements, recruitment of child soldiers, and summary executions. With the deteriorating economic situation and the worsening humanitarian crisis, displaced Syrians are increasingly dependent on the support of people and organizations outside their country to meet their needs.

The women, children, and families who will arrive in Canada over the next few months have been deeply affected by war, and are hoping to find peace in this country. Pope Francis has called on parishes around the world to open their doors to Syrian refugees, and dioceses across Canada are answering this call. Families, parishes, and community groups across the country are preparing to make these Syrians their neighbours, and are generously offering them reasons to have hope.

Our support and our solidarity has never been more essential. We can turn our compassion into action by easing the suffering of Syrians and raising our voice for peace in Syria.

As we welcome refugees to our country, we cannot forget the millions of other Syrians who are suffering inside Syria, and those who have escaped and live in precarious conditions in bordering countries.

Your donation to the Development and Peace Syria fund, which will be doubled by the federal government’s matching program, is used to ensure that people are protected from hunger and the cold by providing food baskets, blankets, heating materials to cope with the coming winter, and hygiene kits for women and children. Your donations to our Syria Fund have already ensured that 3000 Syrian children go to school and received support for the trauma they have lived through. So far, 1000 farmers in Syria have been able to restart production on their farms, and 10,000 kg of fresh vegetables are being prepared and stored to ensure the poorest families still in Syria will have food for the winter.

For the Syrian families who have found refuge in Lebanon, Jordan, Turkey and Iraq, Development and Peace is working for their survival under difficult conditions by providing life-saving health care, post-trauma counselling, schooling, housing support, food, and other basic necessities of life. 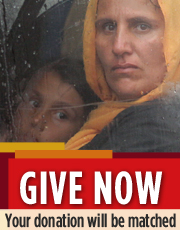 Make your donation to the Development and Peace Syrian fund by December 31, 2015 to ensure that it will be matched by the Canadian government, thereby doubling its impact to relieve the suffering of those in Syria and those who have made the treacherous journey to other countries. Father Nawras Sammour, SJ, Director of Jesuit Refugee Service in Syria, an important partner in the Development and Peace humanitarian response to the conflict, calls on us to also contribute to the path to peace in Syria: “Syrians on their own will not be able to solve this problem. Peace can only be achieved on a regional level and on an international level.”

In February 2014, the United Nations Security Council passed a resolution that called for an end to direct and indiscriminate attacks against civilians in Syria and for a guarantee that humanitarian aid would reach the millions of people who need it. Almost two years later, the armed conflict is more intense than ever, and attacks against innocent civilians continue, as does the use of weapons that kill indiscriminately.

The Vienna talks, which were held this fall, brought together the United States and Russia, along with Iran, Saudi Arabia, and Turkey. It is hoped that these talks, which showed a new resolve to negotiate a peace deal for Syria, will continue in mid-December, and pave the way to an end to the conflict. 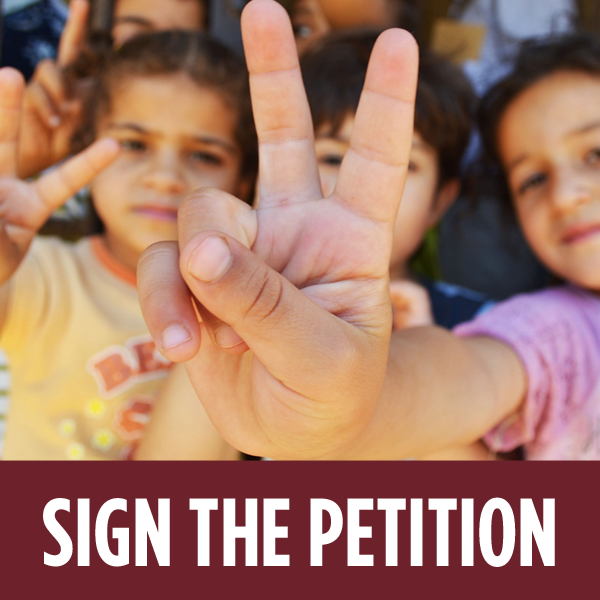 Father Nawras offers us a ray of hope for a peaceful future in Syria: “Let us do everything in our power so that Syria might renew itself, relying on its own history, and so that it might be welcoming to all, like it has always been.”

Faced with what the UN describes as “the greatest humanitarian challenge of our time,” we need to raise our voices and take action on the root causes of the conflict. Sign our petition calling on the Canadian government to do everything in its power to protect civilians in Syria and to end the conflict through diplomatic means.

Together, we can respond to the cry of the Syrian people, by easing their suffering, welcoming them to our country, and by taking action on the cause of all of this suffering.