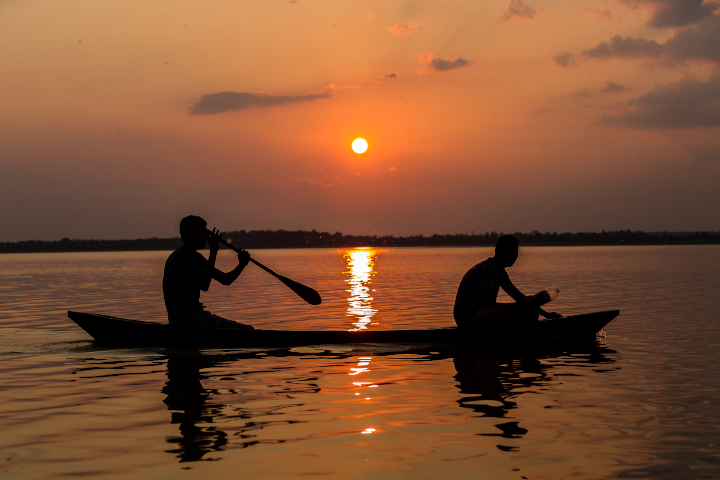 The landmark text is the fruit of deliberations at the Special Assembly of the Synod of Bishops for the Pan-Amazon Region that the pope had convened from October 6 to 27, 2019. The synod was the culmination of a years-long consultative process in which several Development and Peace partners helped bring the voice of marginalized Amazonian peoples to the Church.

The exhortation, a territorial response to the cry of the Earth and the cry of the poor, underlines the need for a radical shift away from economic models that privilege profiteering over the preservation of the Amazon rainforest.

The Holy Father writes, “When certain businesses out for quick profit appropriate lands and end up privatizing even potable water, or when local authorities give free access to the timber companies, mining or oil projects, and other businesses that raze the forests and pollute the environment, economic relationships are unduly altered and become an instrument of death.” He cautions, “The globalized economy shamelessly damages human, social and cultural richness.”

While the synod from which it stems was an enactment of the encyclical Laudato Si’ in a specific region under threat, Pope Francis says, “…I am addressing the present Exhortation to the whole world,” adding that he is “doing so to help awaken their affection and concern for that land which is also ‘ours’, and to invite them to value it and acknowledge it as a sacred mystery.” He says the church is obliged to discuss “a number of other important issues that can assist other areas of our world in confronting their own challenges.”

The apostolic exhortation emphasizes the deep connection between social, economic and ecological justice. It calls for creating conditions in which the traditional and Indigenous peoples who live in and defend the Amazon rainforest can thrive. Without alleviating their poverty and protecting their rights, sustainable development will remain elusive.

Pope Francis writes, “Our dream is that of an Amazon region that can integrate and promote all its inhabitants, enabling them to enjoy ‘good living’.” Citing Laudato Si’, he adds, “A true ecological approach always becomes a social approach; it must integrate questions of justice in debates on the environment, so as to hear both the cry of the earth and the cry of the poor.”

Development and Peace is grateful to be engaged in the sort of work that the papal exhortation calls for. Our ongoing For our Common Home campaign informs Canadians about the Amazon rainforest and the tribulations of those who defend it. More than 35,000 Canadians have signed a Solidarity Letter addressed to two Amazonian communities who are struggling to preserve their lands, livelihoods and ways of life.

We invite you to sign the Solidarity Letter, to take a pledge for our common home and to join us in committing to heed the Querida Amazonia exhortation and strive for a fairer, kinder, greener world.