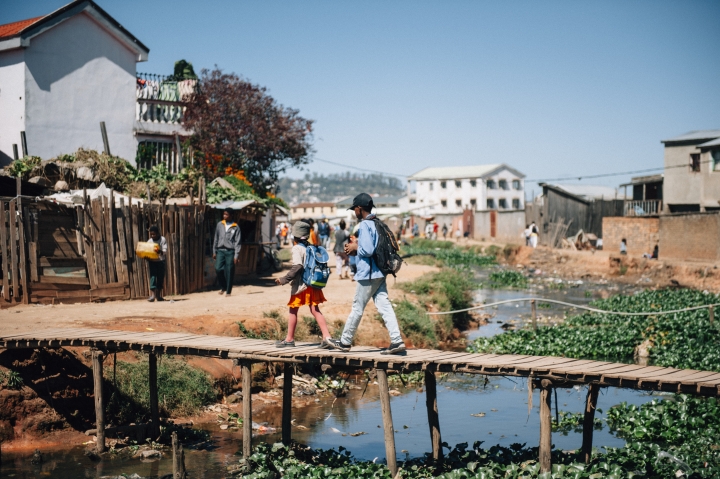 Development and Peace — Caritas Canada congratulates the Government of Quebec on winning a 2019 United Nations Global Climate Action Award in the Financing For Climate Friendly Investment category for its International Climate Cooperation Program. The prestigious award recognizes “innovative solutions that not only address climate change, but also help drive forward progress on many other sustainable development goals, for example, innovation, gender equality and economic opportunity.”

The Quebec program, which funds two Development and Peace-supported projects, was one of 15 winners chosen from a record 670 applicants that included local governments, multinational corporations, large-scale investment projects and grassroots development initiatives.

Created by the Government of Quebec in response to the Paris Agreement in 2016, the International Climate Cooperation Program is the world’s first subnational program of its kind financed by earnings from a carbon market (a regulatory system that imposes caps on carbon dioxide emissions and allows lower emitters to sell carbon credits to higher emitters).

The $30.1-million program funds projects that help over 150,000 people cope with and adapt to the impacts of climate change in 11 African and Caribbean francophone countries. Among these projects are two that are run by Development and Peace’s partners in Haiti and Madagascar.

With funds from the International Climate Cooperation Program, Development and Peace is supporting the Institute of Technology and Animation’s PROCLIMA project in Les Cayes, Haiti*. The project helps peasant communities adapt to climate change by introducing adapted agricultural techniques and promoting the development of an organic food sector.

Under the project, farmers advocate for more stringent regulation of pesticide use; learn how to choose and plant hardier, more resilient crops; supplement their incomes by raising poultry and rabbits; and play a bigger role in protecting the integrity of their local environments. Overall, the project is assuring sustained food security and steady, dependable incomes for some of Haiti’s most vulnerable people and protecting them from the vagaries of a changing climate.

Funding from the International Climate Cooperation Program is also allowing Development and Peace to support the work of its partner, the Andohatapenaka Development Council*. In 55 fokontany (villages) of Madagascar’s Antananarivo Province, the Council conducts seminars and workshops that train citizens and local government officials in sustainable agriculture and waste management practices. In 18 communities, the Council is also facilitating the development of participative community action plans. Together, these initiatives are building resilience to climate change and reducing the incidence and impacts of flooding and unsanitary conditions.

Development and Peace remains grateful for the support it receives for these and other projects from the Government of Quebec. In addition to furthering the pursuit of social and ecological justice, its award-winning International Climate Cooperation Program positions the Province of Quebec as a significant progressive force on the world stage.

* This project is implemented thanks to the financial participation of the Government of Quebec, in the framework of its 2013-2020 Climate Change Action Plan, funded by the Green Fund.