Located in the Horn of Africa along the Gulf of Aden, Somalia has always had a harsh environment that makes it prone to drought and crippling heat. But when you add conflict and climate change to the equation, the result is a deadly combination for the population.

Ongoing violence and weak governance have already made Somalia one of the poorest and most underdeveloped countries in the world. Now, climate change is further worsening the situation by causing dramatic changes in weather patterns that are having devastating consequences.

1.2 million children projected to be malnourished in 2018

In this country, where 80% of the population relies on subsistence farming for a living, communities are experiencing increasingly poor rainy seasons, which triggered a major food crisis last year.

This year, much-needed rain provided some relief but quickly turned to disaster, when Tropical Storm Sagar came barrelling through, causing deadly floods in several parts of the country and destroying crops.

Development and Peace – Caritas Canada is working with partner organizations in the country to help communities cope with the impacts of food shortages and flooding.

In southwest Somalia, Development and Peace and Caritas Somalia are providing aid to 3,150 flood victims, who are now staying in camps because their homes were destroyed. Families are receiving tarpaulins, blankets and mosquito nets, as well as food rations of flour, rice, sugar and oil.

In the region of Gedo, Development and Peace is collaborating with Global Affairs Canada, the Canadian Foodgrains Bank and the Irish Catholic international development organization Trocaire to screen for malnutrition amongst pregnant and lactating women and young children in nomadic communities. Many families have been reduced to eating only one meal per day, which can interfere in the healthy development of children.

Those found to be suffering from the effects of malnutrition are provided with emergency food high in calories, vitamins and proteins, such as fortified peanut paste and nutrient-rich porridge. In cases of acute malnutrition, women and children are referred to health clinics that can provide treatment.

Through this project, which is also supported by Global Affairs Canada, 2,700 children and 2,700 women are seeing improvements in their health and lives. 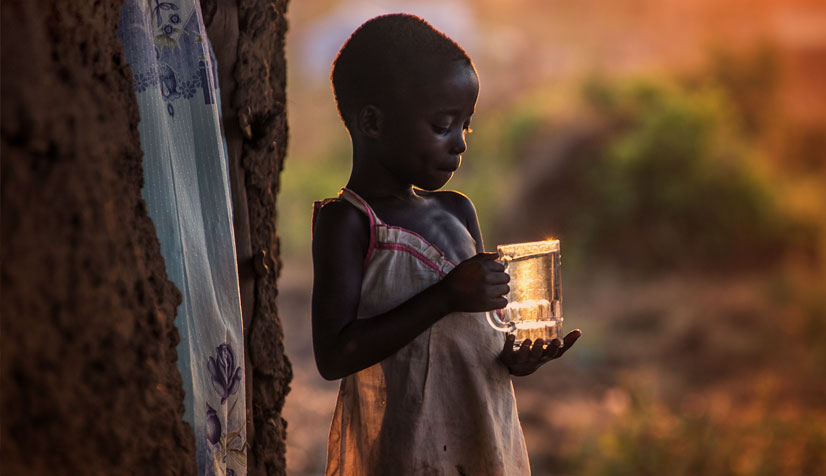 Your contributions are making a difference!
Give today to help the most vulnerable in the Horn of Africa.