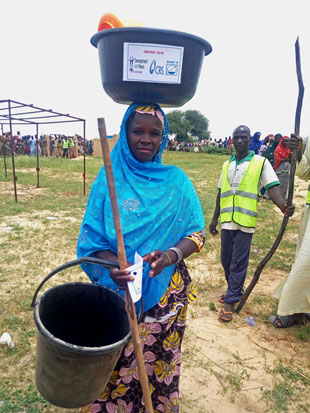 As highlighted in our Share the Journey campaign, 85% of the world’s refugees are being hosted in the poorest countries on the planet. This is certainly the case for Niger and Cameroon, two countries in the Lake Chad Basin – one of the poorest regions in Africa – that have taken in refugees from Nigeria fleeing violence in their villages.

In addition, violence in Nigeria has spilled over the border into both countries, internally displacing many communities. Development and Peace-Caritas Canada and Global Affairs Canada are collaborating to help internally displaced people and refugees in both countries cope with the struggle of having lost their homes and abandoning their farms, which provided their food, as well as supporting host communities, who are sharing their scarce resources. Conditions for families have been made even more difficult due to climate change, which is having adverse impacts on their agricultural activities and livelihoods.

In Niger, we are working with local partners in the region of Diffa, where there over 400,000 people in need of aid. Thanks to $2.3 million in funding from Global Affairs Canada, we have been able to put in place a 2-year project in the isolated communities of Toumour and Gueskerou that will allow us to:

Recently, a shelter fair was organized for 2,000 vulnerable families that have been displaced for over a year. Many have never received any shelter support because the area is so remote and insecure. Families were given coupons which allowed them to select themselves the materials they need to build a shelter. This also injected much-needed money into the local economy, which benefits local residents who also live in impoverished conditions.

At the fair, a model shelter was on display as a way to share some of the safer building practices for temporary shelters. Future planned activities include Cash-for-Work opportunities, cash grants, and the installation of water, sanitation and hygiene infrastructure as part of an integrated approach for improving the quality of life.

Vulnerable families will have the opportunity to improve their shelters with better materials thanks to shelter fairs supported by Development and Peace and Global Affairs Canada. 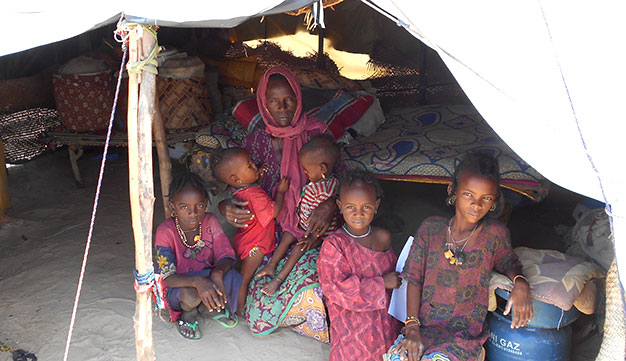 The extreme northern region of Cameroun has been severely impacted by violence overflowing from Nigeria. There are an estimated 39,400 Nigerian refugees in this area, and 227,000 who are internally displaced. Drought and other effects of climate change, the constant movement of populations between the two borders and conflict in the southwest and northwest parts of Cameroon are further complicating the situation. The lack of resources has triggered incidents of violence between those who are displaced and host communities.

Thanks to $2 million in funding from Global Affairs Canada, we have been able to put in place a 2-year project in the department of Logone-et-Chari. Our local partners are working alongside displaced families to:

Through these projects, over 75,000 people will receive life-saving aid and be able to live in dignity. Share the Journey with those forcibly displaced in the world today. 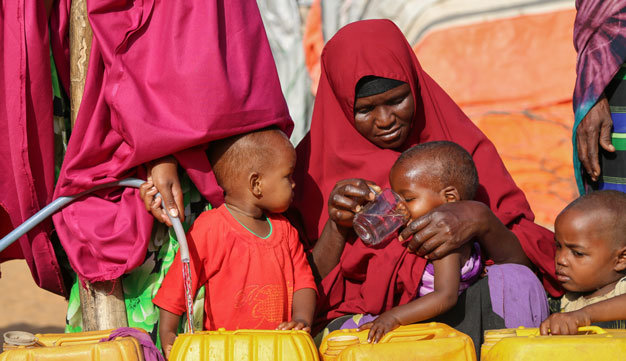