Relief workers seek out and help children, the most vulnerable of two million Syrian refugees

When they fled the civil war in Syria, Gharam and her brother Nafeh had only the clothes on their backs and the lingering pain of seeing their mother and three siblings killed, their home destroyed.

Following a rocket attack in June on their northeast Syrian village of Hassakeh, the two children and their father walked for three days and rode a bus for another to the makeshift settlement of Qab Elias in Lebanon’s Bekaa Valley. Their father then left them with his cousin Abboud and returned to Syria to work.

Gharam, 11, and Nafeh, 10, are among more than two million Syrians, half of them children, now living in neighbouring countries. The majority of them are crowded into communities, their way of life torn apart — the largest humanitarian crisis in the world today.

“The situation is terrible and getting worse,” says Guy Des Aulniers, an emergency relief programs officer with Development and Peace, one of Canada’s leading international development and humanitarian aid organizations. Development and Peace is providing relief to the most vulnerable victims of the Syrian conflict. The focus is on refugees living outside of formal camps in Lebanon, Jordan and Turkey, as well those displaced within Syria.

With contributions from Canadians, along with the support of Foreign Affairs, Trade and Development Canada, Development and Peace is providing these refugees with medical care, education and counselling, as well as clothing, blankets, hygiene kits and housing.

According to Des Aulniers, refugees are packed into neighbourhoods, typically in four-room homes each accommodating four families, or a total of 25 to 30 people. Amid such desperate conditions, diseases that were once eradicated, such as polio, are now reappearing. And young children are forced to find any kind of work to help supplement the family income.

The needs within and outside of the camps are huge, Des Aulniers reports, and causing tensions between the refugees and the host communities. To help ease these tensions, Caritas Lebanon and Caritas Jordan, two of the organizations supported by Development and Peace, are also providing services to locals who are vulnerable and in need of help. 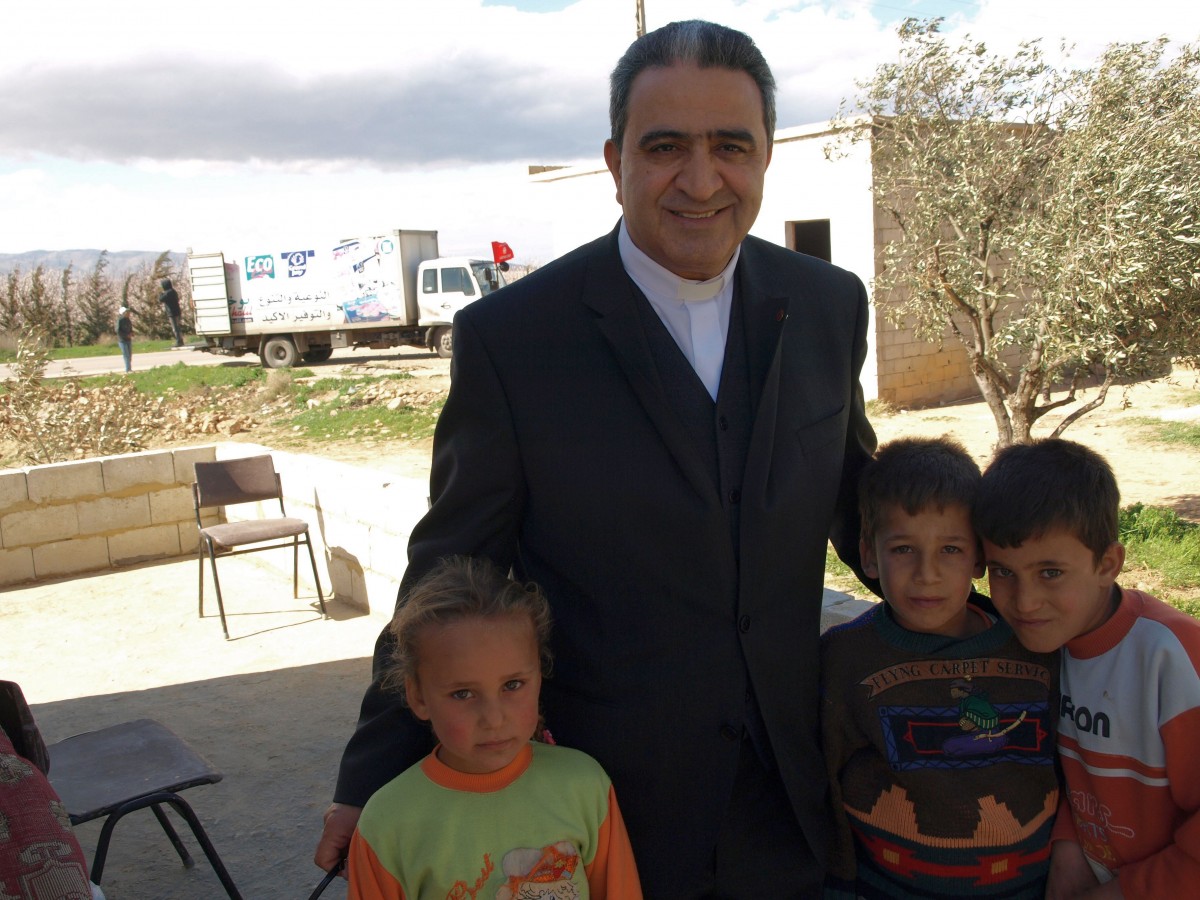 Father Simon Faddoul, president of Caritas Lebanon, says the organization’s role is to stand by the refugees. “People don’t just need material aid, they also need affection. Our social workers listen to their pain and that regenerates hope in them.”

Caritas Lebanon provides psychological services for these children traumatized by war, says Des Aulniers. Gharam, for example, recalls the “lovely life” her family had before the conflict in Syria. “I went to school. I had friends. I was happy,” she says. The most frightening thing for her was the bombing. She watched as her school was destroyed and the homes of her friends flattened.

Gharam now cares for Nafeh, which is difficult. “We cry all day. My brother is too upset to sleep after all he has seen. I try to comfort him. I tell him not to be afraid. I tell him that I’ll look after him.”

Because women and children on their own are particularly vulnerable, social workers at Caritas Lebanon seek them out and look for special shelters where they can stay. And, notes Des Aulniers, as winter arrives so does the need for essential items, such as blankets and money for gas to heat homes.

The holiday season is also a poignant reminder that there are many children, like Gharam and Nafeh, in need. Asked what she’d choose if she could have anything right now, Gharam says it’s a change of clothes and a telephone, so she can call her father to find out how he is. She also wishes to return to her life before the war. Nafeh would like a toy car and a pet bird — and “to live in peace.”