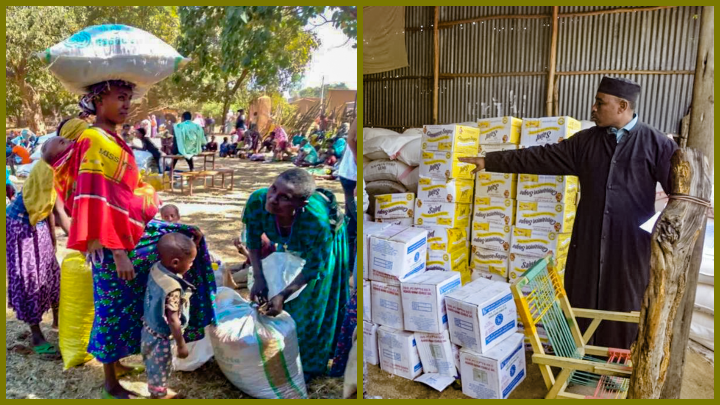 Development and Peace — Caritas Canada is supporting an emergency project to bring much-needed aid to nearly 187,000 people affected by conflict in Ethiopia.

The fighting between federal troops and the Tigray People’s Liberation Front that began in November 2020 has precipitated a humanitarian crisis in northern Ethiopia. The UN Office for the Coordination of Humanitarian Affairs reports that over 61,000 people have fled to neighbouring Sudan and 1.3 million will need aid.

Displacement has cut off thousands from their livelihoods. Healthcare availability has been drastically curtailed and nearly a fourth of the population is severely malnourished. Harvest and market disruptions are increasing the risk of food insecurity. The World Food Programme estimates that up to 3 million people in the region require emergency food assistance.

Development and Peace is helping fund a Caritas Ethiopia project that is responding to this crisis. The one-year project will run in 16 woredas (districts) directly affected by the war in Tigray and an additional seven woredas in the states of Benishangul-Gumuz and the Southern Nations, Nationalities and Peoples’ Region that are affected by intercommunal conflict.

To improve living conditions, restore livelihoods and promote peace, the project will pursue the following targets:

These measures will target a total of 186,798 individuals in 37,360 households. Emphasis will be laid on targeting the most vulnerable displaced people, including women-headed households.

How you can help the people of Tigray and Ethiopia

Canadians can help the people of Tigray and Ethiopia by donating to help make this ambitious project a success. Your solidarity and generosity make real difference in the lives of thousands of displaced people.

to help bring relief to conflict-hit people in Ethiopia.