Since 2009, Development and Peace – Caritas Canada has been supporting the Réseau de Militant pour la Bonne Gouvernance des Extractions Minières (RMBGEM — The Activist Network for Good Governance of Mining in Madagascar), in collaboration with the Episcopal Conference of Madagascar and other members of CIDSE, a network of Catholic international social justice organizations.

This platform for dialogue brings together civil society organizations, various teaching bodies, journalists, community radio, dynamic forces of the Church, as well as decentralized territorial communities and ministerial officials. The network’s objective is to defend the rights of communities affected by mining operations and to strengthen the local governance of mining resources in the regions of Moramanga and Toamasina (see map below). 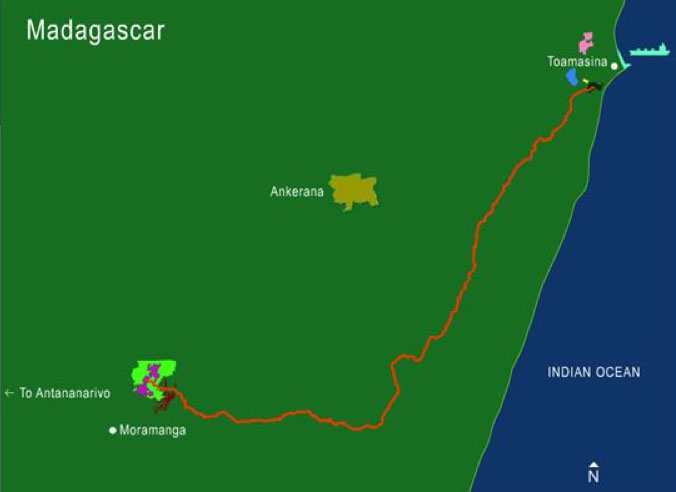 Last year, the RMBGEM began to work on accountability issues and made demands to authorities and the Ambatovy mining company, which is mining nickel in the region, to pay royalties to the municipalities whose land is being exploited, since they have never received any returns.

Last August, the network and impacted municipalities received news that Ambatovy JV (Joint Venture) had paid out dividends worth more than 61 billion Malagasy ariary or about $23 million cdn. Twenty percent of that sum was transferred to the accounts of the decentralized territorial communities, which must redistribute 60% of the total amount to the 20 affected communities, and the two regions and provinces.

After having faced this first challenge, the current challenge is to strengthen citizen participation and develop effective mechanisms for ensuring that these funds are properly used and managed for the benefit of the communities in the region. The stakes are high because this is the largest foreign investment project in Madagascar and it is one of the largest nickel mines in the world, with a projected annual production of 60,000 tonnes of refined nickel, 5,600 tonnes of cobalt and 21,000 tonnes of fertilizer (ammonium sulphate) over a 29-year period. Nickel will become Madagascar’s number one export product. The site is made up of two deposits (Ambatovy and Analamay), which are being exploited as open-pit mines. The mining area is connected by pipeline to a processing plant located 220 km away on the east coast of the island. Development and Peace has played and will continue to play a leading role in demanding accountability alongside strategic partners and vulnerable communities in the investment zone. 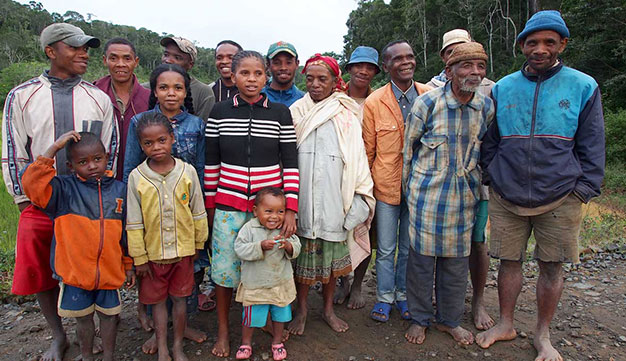 In 2013, Development and Peace launched its A Voice for Justice campaign on the activities of Canadian mining companies overseas — including in Madagascar — that are not respecting the rights of local communities or international environmental regulations. Through the campaign, we shared the testimony of the Rakotoarimanana family of the Ambohibary village in the district of Moramanga, which is located less than 10 kilometres from where the mine is operating. The mine had upset their daily lives by impacting their environment and their livelihoods.

Our campaign called on the Canadian government to create an independent ombudsperson for the Canadian extractive industry that can investigate complaints from people in the Global South affected by the activities of Canadian companies. Earlier this year, on January 17, 2018, the Canadian government announced the creation of a human rights ombudsperson dedicated to the activities of Canadian mining, oil and gas companies around the world, but the position has yet to be filled.