Myriam Antaki was in El Salvador to provide coverage of the event. This post follows May 22nd’s: San Salvador on eve of Romero beatification.

Events for the beatification of Archbishop Oscar Romero began Friday evening with a procession of light. Unfortunately, that turned into a procession of umbrellas as it’s the rainy season in El Salvador. But the rain didn’t dampen the spirits of those in attendance.

“Oscar Romero stood for the poor, for justice and for peace,” said Cardinal Oscar Rodriguez Maradiaga, who celebrated Mass that evening. Cardinal Rodriguez has just stepped down as president of Caritas Internationalis. 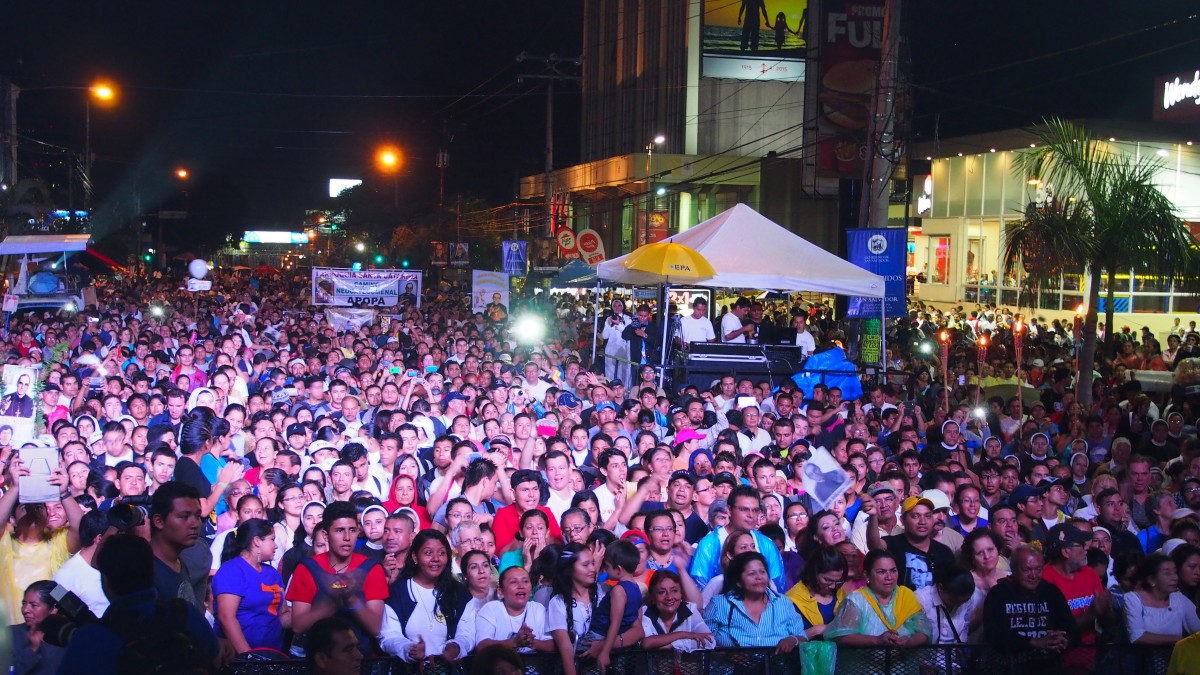 “He was the voice of the voiceless,” said the cardinal. “Romero said that if they kill me I will be resurrected in the Salvadoran people. They killed him and now he is alive again. He is living among the saints in heaven, showing us that it’s more blessed to give than receive.”

Cardinal Rodriguez said, “The social teachings of the Church are the true results of love. It’s not just theoretical, it’s not limited to words. It’s a struggle for a more just and fraternal world. We can build peace, but it cannot be built on inequality, on our disposable culture of exclusion.”

Recalling Pope Francis’s words on the globalisation of indifference, Cardinal Rodriguez said, “Archbishop Romero was not indifferent. He felt the pain of his people. He fought for them. We must all follow this path to achieve social justice. If we do, we can participate in Romero’s destiny. We hope that this beatification motivates so that nobody remains indifferent.” 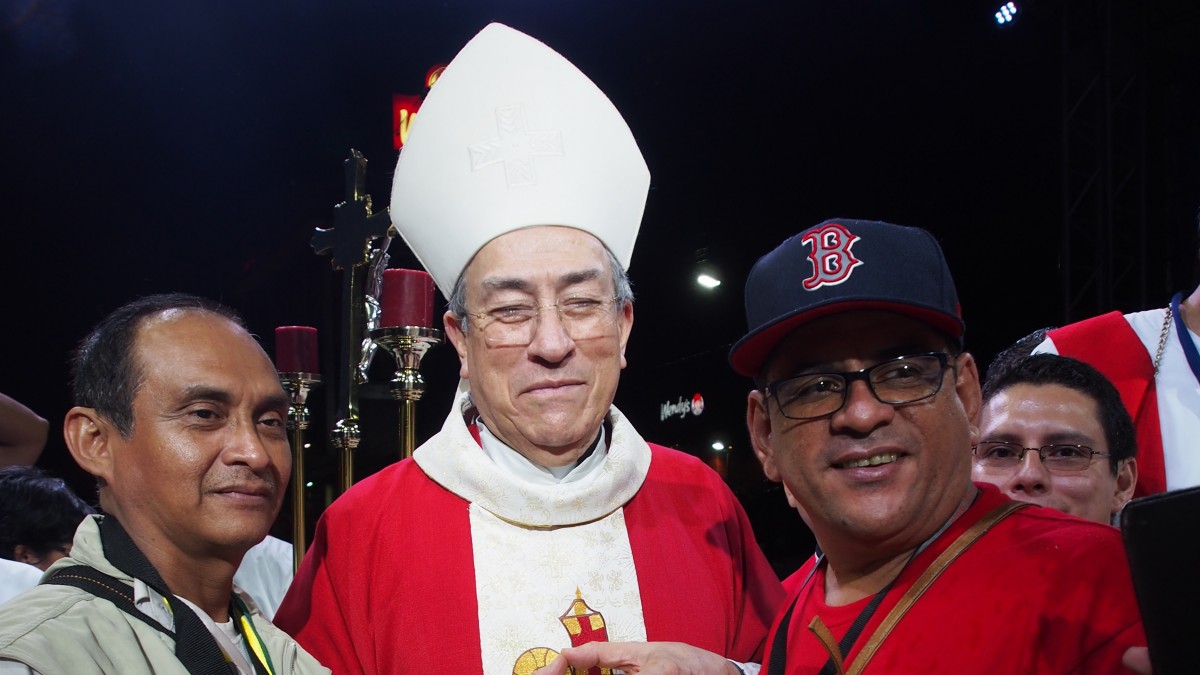 Day of the beatification

On Saturday, the umbrellas were turned into parasols as people streamed in from all parts of the city, the country, the region and the world. They’d come to celebrate the life, work and legacy of Romero.

Among the 2,600 young volunteers helping at the event was Yomara Moreno, 20. “I was very moved that we’re all here together in a spirit of joy. Romero is a great figure that challenges us as Christians and as young people to do something every day to make a difference. He did that without fearing threats or criticisms,” said Yomara.

The beatification Mass was celebrated by Cardinal Angelo Amato, Prefect of the Congregation for the Causes of Saints. The cardinals, bishops, dignitaries, some 1,200 priests and seminarians and representatives of parishes and different social groups were all present circling out from around the altar. The crowd was grouped around the square and followed the Mass on giant screens. The images filmed from the helicopter that flew over several times enabled me to appreciate the number of people present and the density of the crowd. 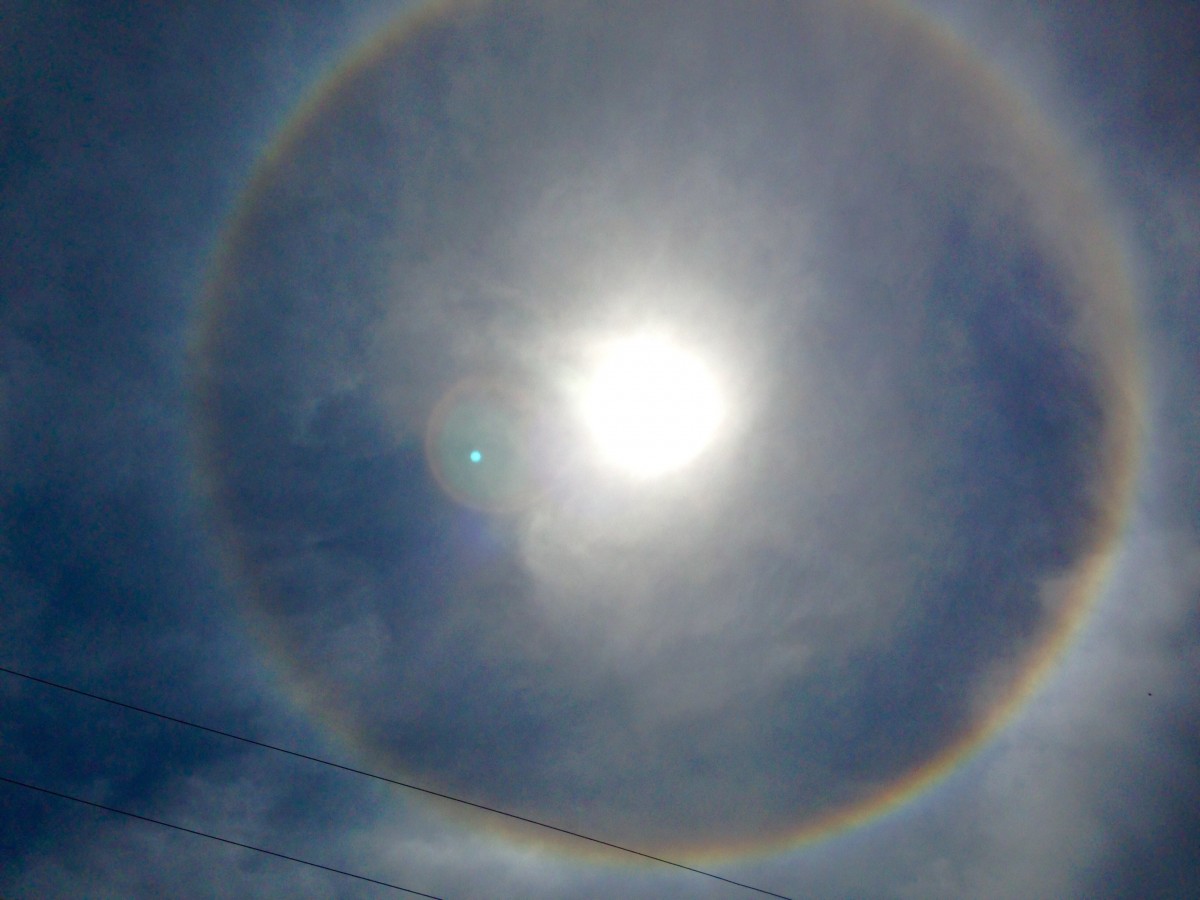 At the height of the act of beatification, while Cardinal Amato named Romero “blessed”, a solar halo formed in the sky. It looked like the halo of a saint and many thought it a miracle.
Photo: Leo Guardado

In a letter, Pope Francis wrote: “Archbishop Romero invites us to sanity and reflection, to respect for life and harmony. It is necessary to renounce “the violence of the sword, of hate” and to live “the violence of love, that left Christ nailed to the Cross, that makes each one of us overcome selfishness and so that there be no more such cruel inequality between us.”

Cardinal Amato said, “While those who did the persecution have disappeared into the shadows of oblivion and death, the memory of Romero is still alive and continues to console all the poor and marginalised. His option for the poor is not ideological but rather evangelical. His charity extended to the persecutors,” he said.

While Salvador is experiencing a deep social crisis and that the homicide rate is among the highest in the world, the message of Blessed Archbishop Romero is more relevant than ever. Many hope that his beatification is a unifying factor.

Cardinal Rodriguez said, “It’s possible to love selflessly and to build a new culture. We do not want that the culture of death continues. We want a culture of life. And through the intercession of Archbishop Romero, we seek to obtain this grace for the beloved country of El Salvador and throughout Central America. We seek to eradicate violence and live in peace, justice, solidarity and love God. “ 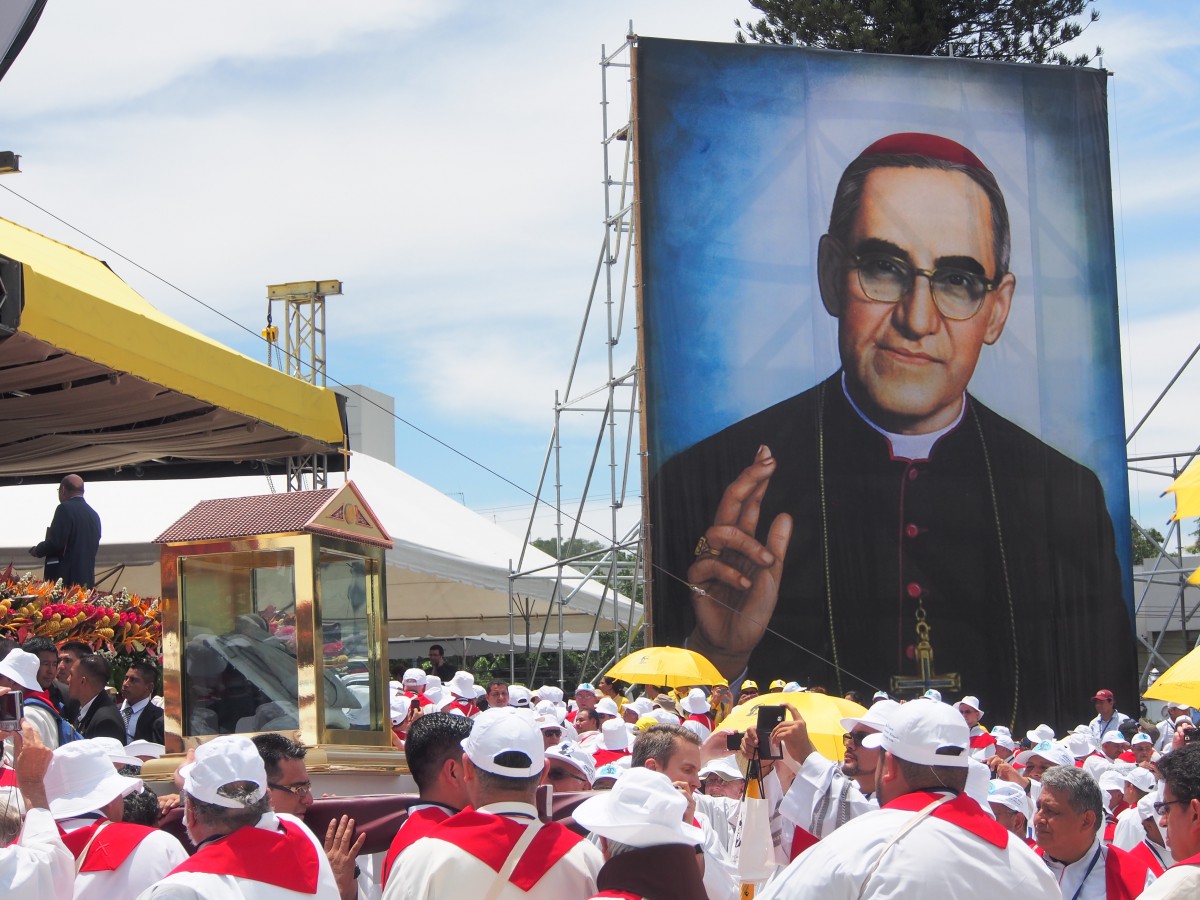 Priests transport the large gold-colored reliquary containing a faded white bloodstained piece of the vestment Archbishop Romero of San Salvador was wearing when he was gunned down March 24, 1980, while celebrating Mass in a hospital chapel.

Here are a few more images of the vigil and beatification: