Since early July, almost two million Palestinians in Gaza and people in Israel have been caught up in a devastating war. People have no safe place to hide when the bombs rain down on the densely-populated, small stretch land that is Gaza. They see their children slaughtered, their neighbourhoods razed to the ground and all hopes for a future of peace torn to shreds.

The battlefield is neighbourhoods full of children, women and men. It contains hospitals over-burdened with the injured and dead and schools which are being bombed even if they are meant to offer refuge.

As Caritas, we have called for a permanent ceasefire but this is just the first step on the road to a just peace based on inclusive negotiations across the region.

The path towards reconciliation is long but it starts with ourselves. Israel and Hamas, why do you keep pointing out the speck in the eye of your brother while missing the plank in your own eye? Instead, you should put down your arms and pick up a pair of binoculars so you can see that most of your victims are innocent people.

This is the third war in five years between Israel and militants in Gaza. In the intervening years, Palestinians in Gaza have lived a life where water is scarce, much of their food comes from humanitarian organisations and where the dignity of a job is beyond many people’s reach.

Caritas brings material and spiritual aid to the people of Gaza in their times of need and despair.

We call for the lifting of the blockade on Gaza to allow Gazans to protect their lives and livelihoods and so they can live a dignified life.

When he met the presidents of Israel and Palestine at the Vatican recently, Pope Francis said, “Peacemaking calls for courage, much more so than warfare. It calls for the courage to say yes to encounter and no to conflict: yes to dialogue and no to violence; yes to negotiations and no to hostilities; yes to respect for agreements and no to acts of provocation; yes to sincerity and no to duplicity.”

“We call for the lifting of the blockade on #Gaza,” said Cardinal Rodriguez of @iamCaritas 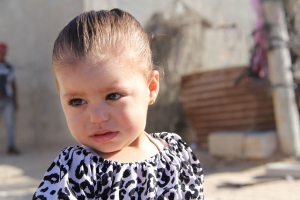 As Caritas, we pray for peace in the Holy Land. We pray for the Palestinian and Israeli families who have lost their children, mothers and fathers and for those who have been killed. Our prayers are with the children who live in terror and whose mental scars will run deep long after this war is over.

The Caritas confederation sends its love and solidarity to Caritas workers who are risking their lives every day in Gaza. These people work humbly and tirelessly in the service of Christ in the most difficult conditions imaginable. May God be with them every step of the way. We also pray for our colleagues at Caritas Jerusalem and the vital support that they’re giving to their staff on the ground at this time.

As we mark the anniversary of the First World War 100 years ago, we remember the words of the then Pope Benedict XV:

We pray that despite this terrible time of war and oppression, the souls of Palestinians and Israelis will remain free to believe in a future of justice and peace.