On June 18, after a day of meetings in Montreal, members of the National Council drove to Drummondville to attend a Eucharistic Celebration at St-Frédéric Basilica, led by Most Reverend Terrence Prendergast, Archbishop of Ottawa, and Father Luc Lafond of Drummondville. The mass was held in honour of Benoît Roberge, a true apostle who was the President of the Nicolet Diocesan Council from 1989 to 1991 and stayed involved until he passed away from cancer several years later. 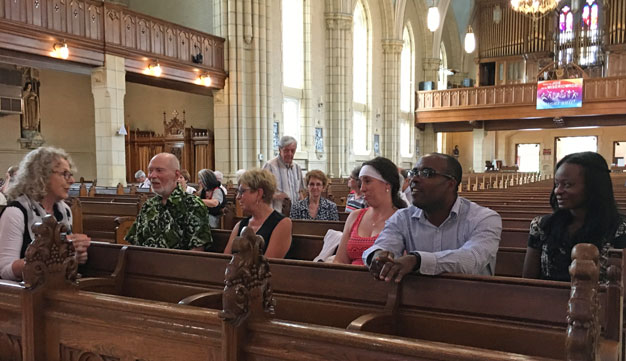 From left to right: Micheline St-Arneault from the Diocesan Council of Nicolet; Jean-Claude Le Vasseur, former President of the National Council; Marie Boudreaul, wife of Benoît Roberge; Three children of the Boudreau-Roberge couple

During this Jubilee year, Development and Peace would like to recognize members who have contributed (and continue to contribute) to its mission. Certificates of Recognition have been presented to members (only members who are still living can receive a certificate) who demonstrated (or demonstrate) leadership and commitment to the organisation. Since a certificate of recognition for exceptional contributions cannot be given posthumously, a celebratory mass is a magnificent alternative way to remember the legacy of a committed member who has passed away and to pray together!

Enlivened by the breath of the Spirit, Benoît Roberge’s belief in the necessity of working together to create a better world was an inspiration to everyone he met. His commitment and passion were tangible; he often said that “liberty was the result of education.” He contributed to bringing the evangelist mission of Development and Peace into many hearts, including to Jean-Claude Le Vasseur, from the Nicolet Diocese and President of the National Council from 1997 to 1998 as well as our current President, Jean-Denis Lampron. They are both grateful to have discovered Development and Peace, thanks to their friend Benoît — the movement that carries out the word of Matthew 25:31-46. THANK YOU BENOIT! 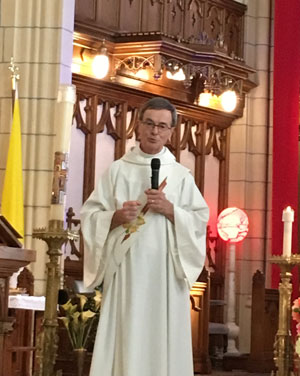 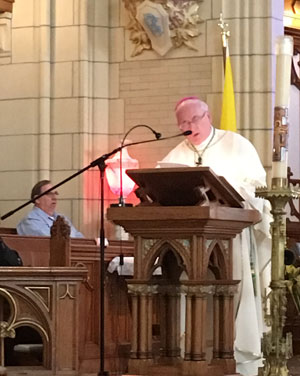