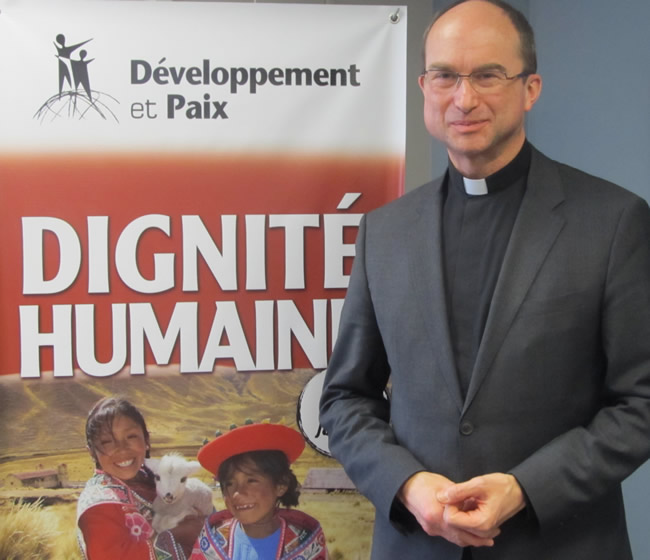 What does the Legal Affairs Commission of Caritas Internationalis do?
The Legal Affairs Commission’s job is to study questions involving the legality of procedures and statutes. As you know, in May 2012, Caritas Internationalis received new statutes from the Holy Father, in other words a new judicial framework that clearly indicates how our institution should be run. So this is an effort to discover and revitalize these statutes. The Commission is also taking care of all matters involving Confederation members.

What are the priorities of Caritas Internationalis for the next few years?
One of our priorities is food security, an issue around which our next global campaign has been designed. We are inviting all Caritas members to join forces with us, for we are convinced that if we pool our resources and ideas, we can intervene on behalf of the men and women who are suffering in our world. Many people on Earth go hungry and suffer in silence. This is even happening in Europe, in countries such as Greece, Russia, Belarus and Moldavia. We are aware that in Africa entire populations live in terrible conditions. There are also worrisome situations in Canada and the United States, where many people cannot afford a healthy diet. So food security is an issue that touches each and every one of us, for we all have to eat.

What is the impact of the Motu Proprio, published on December 1, 2012 by Pope Benedict XVI, upon the Caritas Internationalis Confederation?
This Motu Proprio concerns local churches first and foremost. It’s a follow-up to the May 2012 response by the Holy See in which Caritas Internationalis was established as a legal entity under public law in the Vatican. Through this Motu Proprio, local bishops are invited to provide support for their charitable organizations. This should give such organizations more leverage within their own church. Pope Benedict XVI has reminded us of the urgent need for social justice in the world: “We are not bestowing alms on the poor by giving them what they require; we are but restoring to them what is theirs by right. Far from acting charitably, we are but paying part of our debt.”