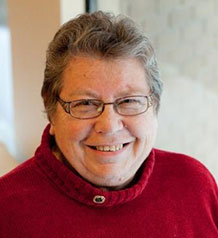 Marcella Pedersen, recipient of the Global Citizen Award from the Saskatchewan Council for International Cooperation

Marcella Pedersen has been an activist all her life. Deeply involved in a number of organizations on both the international and local fronts, she has been a member of Development and Peace – Caritas Canada for over 40 years, acting as a representative of the organization in her home parish of Cut Knife, Saskatchewan.

Strongly rooted in her local community, Marcella is an effective voice for international justice and a pillar of support to our D&P movement in Saskatchewan. Over the decades, she has faithfully attended workshops on our campaigns and brought them to life in her parish. She is also an active participant in regional CORE meetings and annual assemblies, and attends deanery meetings in her diocese, all while offering to serve on committees and volunteering for the myriad of tasks needing attention to make her community and the world a better place.

In 2018, she received the Global Citizen Award from the Saskatchewan Council for International Cooperation and we congratulate her for this well-deserved honour! 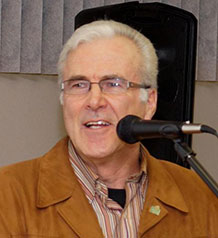 Over the years, Fernand Letourneau has made an invaluable contribution to the vibrancy of his community by bringing together his fellow citizens of all ages around projects that serve to better community life, both locally and internationally. A member of Development and Peace – Caritas Canada for about 30 years, Fernand continues to take action at various levels to bolster the profile and mission of the organization and encourage the participation of the largest number of citizens possible in Development and Peace’s awareness-raising and fundraising campaigns in support of vulnerable populations of the Global South.

Last January, he received the Governor General’s Medal from Alexandra Mendès, Member of Parliament for Brossard – Saint-Lambert. Throughout the years, he has been honoured with a number of prizes for his dedication as a volunteer, notably, the Desjardins Foundation Prize in 2013 for his community involvement, the National Assembly Medal, and the Diocesan Medal of the Order of Merit for the Diocese of Saint-Jean-Longueuil in 2012.

Congratulations to Fernand for the recognition of his commitment and solidarity!