2020 was not an easy year. It forced many organizations to reinvent themselves, both to keep their volunteers engaged, and to continue raising funds despite successive periods of confinement. In the case of Development and Peace — Caritas Canada, the closure of churches just before the 5th Sunday of Lent prevented the annual Share Lent campaign fundraiser from taking place, leaving the organization financially vulnerable.

To redress this situation, Development and Peace could count on a network of several thousand committed and creative volunteers, as it has done for over 50 years. A prime example of their talent and energy is the cheese sale project that members in Montreal carried out this fall in collaboration with the Abbey of Saint-Benoît-du-Lac. 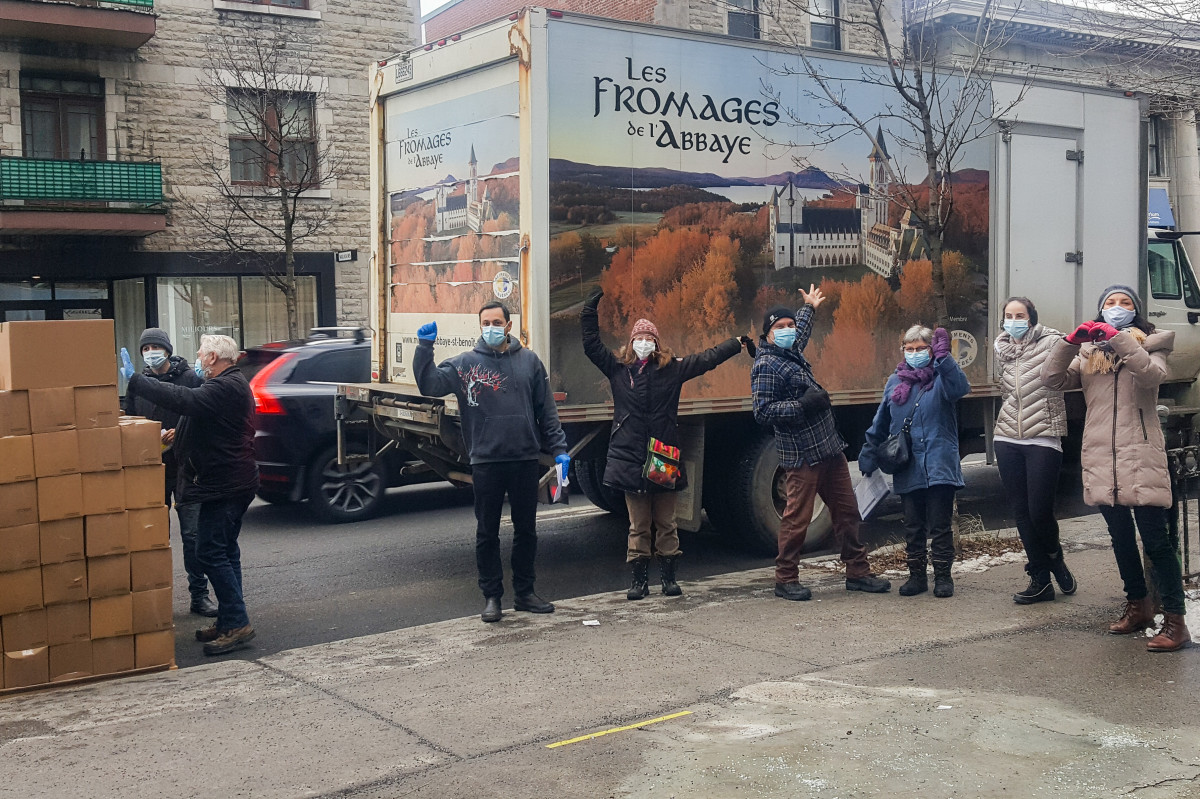 Members from the Saint-Jean-Longueuil diocese, who had already successfully carried out such a project, suggested the idea. A group of young Development and Peace members then embarked on the initiative, setting themselves the target of selling 150 boxes of cheese from the Abbey’s famed fromagerie by December. Realizing that the goal was ambitious, the youths sought the support of older members of the Diocesan Council of Montreal. Through weekly virtual meetings, an intergenerational project involving more than 20 people selling cheese boxes in their community soon took shape, and sales began in October. Sales rapidly crossed 775 boxes, more than five times the original goal!

A victim of its own success, the group faced a logistical headache. They had to pick up the flat-packed boxes, assemble them and deliver them to the buyers, within the constraints imposed by the pandemic and all before the Christmas holidays! Undaunted the magnitude of the challenge, the team rolled up its sleeves, ensuring that all buyers were receive their cheeses in time for Christmas, with a Development and Peace brochure tucked into each box as a bonus.

Through the cheese sale, the group raised over $11,000 for Development and Peace. They proved that our potential is limitless when we work together as a team, remain motivated by solidarity and think of creative solutions!

THANK YOU to the members in Montreal and Laval who were involved in this initiative and to everyone who bought the cheese this fall!

Your contributions help Development and Peace carry out its mission of solidarity in the Global South.