On Sunday, May 31st, I walked for reconciliation. Alongside people from British Colombia to Halifax, young and old, with new Canadians and our First Nations, and also with many from our Canadian churches, we gathered thousands upon thousands to mark the close of the Truth and Reconciliation Commission (TRC).

A little background every Canadian should know: Beginning with the Indian Act in 1876, the Canadian federal government mandated four churches to establish and run “Indian Residential Schools.” Throughout most of the last century, more than 150,000 First Nations, Inuit and Metis children were taken from their families and forced to attend these government-funded, church-run schools. These 150,000 children who attended the schools – some as young as four-years-old – were isolated from their families, de-cultured, mistreated, and malnourished. More than 6,000 died while at the schools. Survivors suffered post-traumatic stress syndrome and the widespread damage caused by this experience affected, and continues to affect, multiple generations and entire communities.

In 2007, the Government of Canada implemented the Indian Residential School Settlement Agreement and this agreement established the Truth and Reconciliation Commission, as part of several healing initiatives. For the last six years, the commission has interviewed more than 7,000 people across Canada, gathering testimonies of the horrendous abuse carried out in these residential schools across the country. On June 2nd, the TRC released its report of survivor testimonies, along with 94 recommendations, and to mark this moment several commemorative events were organized in Ottawa from May 31st to June 3rd to promote reconciliation and healing. 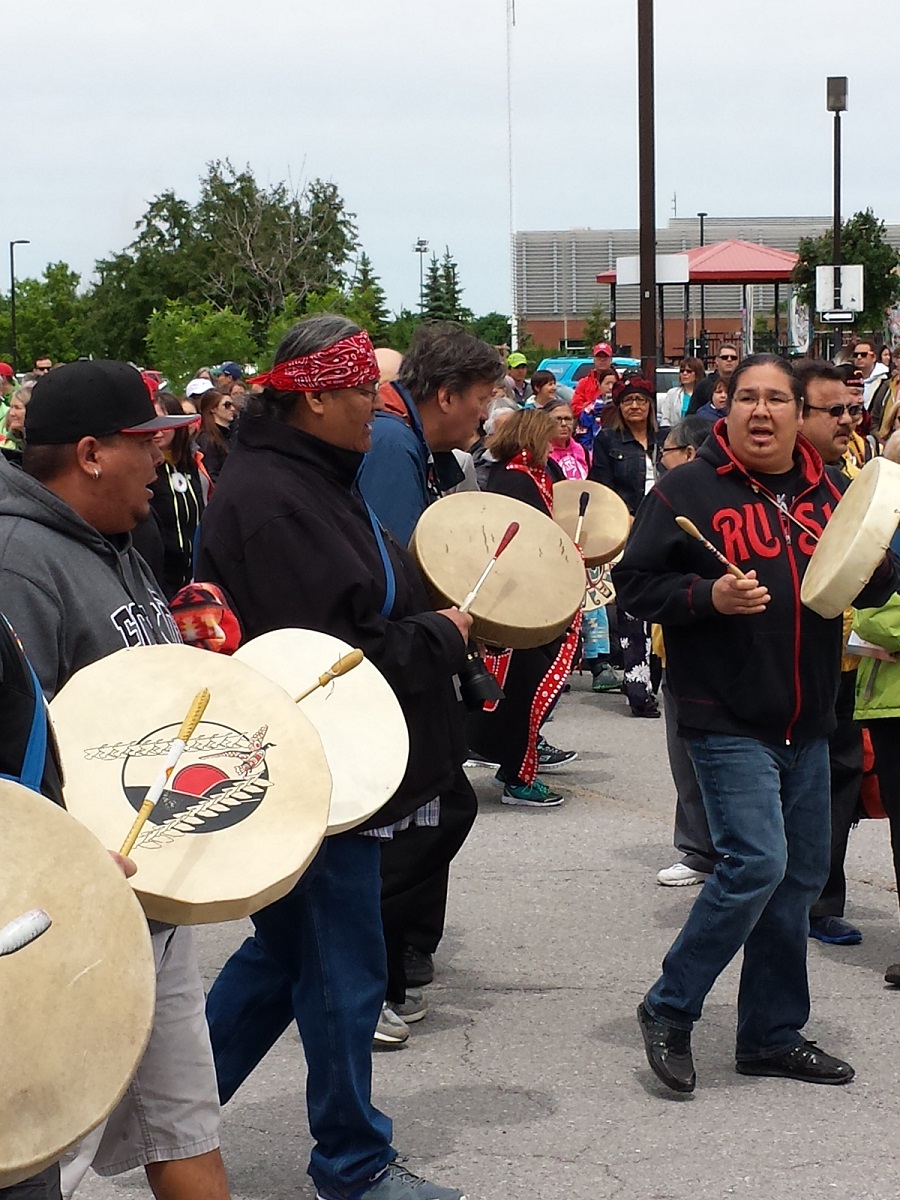 It was incredible to be among friends, my community of people from faith-based social justice groups, including KAIROS, Development and Peace and Citizens for Public Justice, and others at the Walk for Reconciliation. Together, with everyday Canadians we committed ourselves to be part of the reconciliation process. I walked with Archbishop Pettipas, from the diocese of Grouard-McLennan, who took on the tremendous challenge of representing the Catholic communities in the Indian Residential Schools settlement. I walked with Archbishop Prendergast, whose pastoral letter calls for us to repent for how the Church has mistreated our First Peoples. I introduced my 7-year-old friend to smudging, the healing ritual of First Nations people. We appreciated the beautiful woven sashes of the Métis. We watched in awe, silence and sadness as the women drummed and survivors of the Residential schools danced.

For more information about the Truth and Reconciliation Commission: http://www.trc.ca/

To read the executive summary of Honouring the Truth, Reconciling for the Future: http://www.trc.ca/websites/trcinstitution/File/2015/Findings/Exec_Summary_2015_05_31_web_o.pdf

Response of the Churches to the Truth and Reconciliation Commission of Canada: http://www.anglican.ca/news/response-of-the-churches-to-the-truth-and-reconciliation-commission-of-canada/3004539/