Montreal, November 24th, 2016 – The COP22 climate talks in Marrakech, which concluded on November 18th, will not go down in history as the COP of action that it had promised to be. Among the topics discussed, agriculture and climate finance were clearly the big losers of these negotiations, particularly in relation to funding for adaptation measures. The hope was that the COP22 would turn words into actions, but instead, discussions point towards a long and winding road for any concrete solutions to be attained.

Agriculture accounts for a quarter of all greenhouse gas (GHG) emissions worldwide, and populations in the Global South are already suffering major effects of climate change. The debate is polarized, with an industrialization of agriculture, which is a powerful emitter of GHGs, on the one side, and models that maintain the rural fabric of small family farming, which is heavily impacted by climate change, on the other.

Small family farmers from the Global South represent approximately 85% of all farmers and produce 60% of the world’s food, and on only 20% to 30% of its arable land. For that alone, they deserve special attention and greater support.

“Canada must do more to support small family farming and agroecology, not only because these practices contribute far less to climate change, but also because it’s small family farming that feeds the world,” said Geneviève Talbot, Advocacy Officer at Development and Peace, who was present at the COP22.

Although it is clear that all parties must curb their GHG emissions, it is essential to recognize that the most pressing need for countries of the Global South is the means for climate change adaptation. “The lack of a clear commitment on the part of developed countries to establish adaptation funds and measures to promote agroecology and small family farming, among other matters, has pushed nations from the Global South to block discussions and refuse all compromise,” observed Geneviève Talbot.

Development and Peace– Caritas Canada is once again calling upon the Canadian government to play a leadership role and provide financial and technical support for adaptation measures that will enable small family farms to cope with the impacts of climate change, while continuing to feed the world. The $2.65 billion announced by the Canadian government in climate financing must serve to back adaptation projects that use financial mechanisms that are sufficiently flexible to support vulnerable populations, and not just the areas of clean and renewable energies, as Minister McKenna announced at the COP22.

Canada’s investments in climate finance are insufficient. They mainly cover GHG reductions in countries of the Global South and leave little room for funding adaptation measures. Funds must be directed toward environmentally-friendly farming practices, such as agroecology; ensuring that small family farmers have a say in the political decisions that concern them; and defending the right of these farmers to safe access to their land. 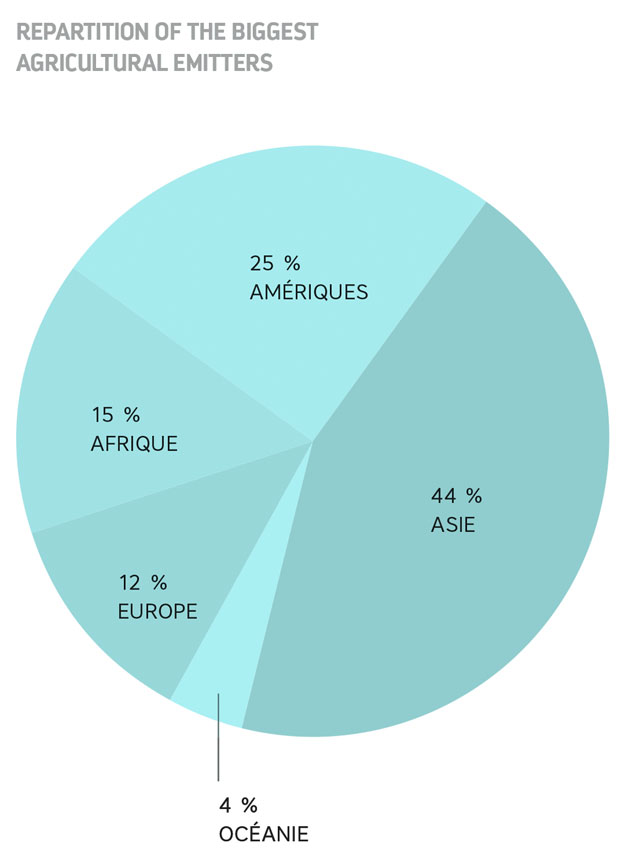 About Development and Peace

Development and Peace is one of the most established international development organizations in Canada. It was founded in 1967 by the Catholic bishops of Canada to inspire the solidarity of Canadians towards their sisters and brothers in the Global South suffering the injustice of poverty. In its 50 years of existence, it has invested $600 million in over 15,000 development projects in Africa, Asia, Latin America and the Middle East.

It is a strong and diverse movement of Canadians from coast to coast acting for justice so that the poorest can live in dignity and with respect. Development and Peace is the official Canadian member of Caritas Internationalis, a global confederation of over 160 Catholic organizations, and belongs to several national and international networks, including CIDSE and Kairos, to help build a world of justice. www.devp.org