Driving along the road that goes South of Addis Ababa towards the diocese of Hosanna, the landscape becomes greener and greener the further you go. Compared to what we saw just a few days ago in the dry and craggy North, it feels as if we have entered another country. Along the sides of the road are sturdy huts, circular in shape with thick straw roofs. Surrounding the huts are small plots of land where there is evidence of recent activity. Piles of dried maize and bales of wheat abound.

We have been told on several occasions that there is a saying in Ethiopia: Nobody goes hungry in November. And simply from the naked eye this would seem to be true. There are stands where bunches of bananas hang heavily, and baskets brimming with potatoes line the road. The short rains, as they refer to them here, came in September and October and now the harvest has arrived. But the question remains, is it enough? Will this food last until the long rains in the spring? And if the long rains don’t come, what then?

There are some pockets of the country that have not received sufficient rain, while in others, the rains came too quickly and destroyed what was planted. We were even told that in some cases, farmers didn’t plant their seeds in fear of wasting them if there were no rains. And even if a household manages to save a bit of money from selling food at the market, will these savings last and tide the family through the lean times? As one man told me, « Even if we make some money in a day, it’s not enough to buy grain in the market. » Everywhere we have travelled, people have told us about the rapidly rising cost of living here. The price of maize and wheat has doubled in one year, according to some, adding strain on households already trying to cope with poor crops.

It seems that for some, their lives and those of their loved ones are constantly teetering along a very thin and precarious line. The government here has put in place a safety net program to help strengthen food security in areas where this is a known struggle. Everyone acknowledges that this program, one of the only of its kind in Africa, has helped. But vulnerabilities remain, particularly with the mounting pressures of climate change and inflation. So perhaps there is enough to eat in November, but what about December, or March or July? The availability and accessibility of food feels complex here, and impacted by so many factors. The challenge is trying to prepare for the unpredictable in the face of poverty, a changing world, and with little time to recover from one hard time to the next. 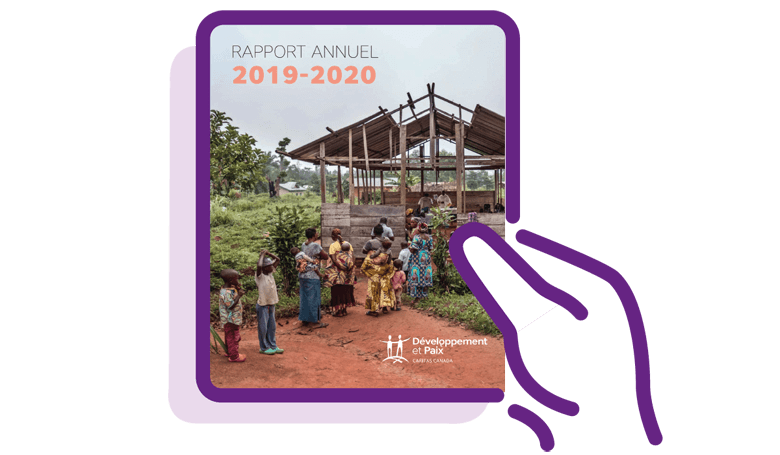